Home Finance Is your company in compliance with Equal Pay Act? What you need...
Facebook
Twitter
Linkedin 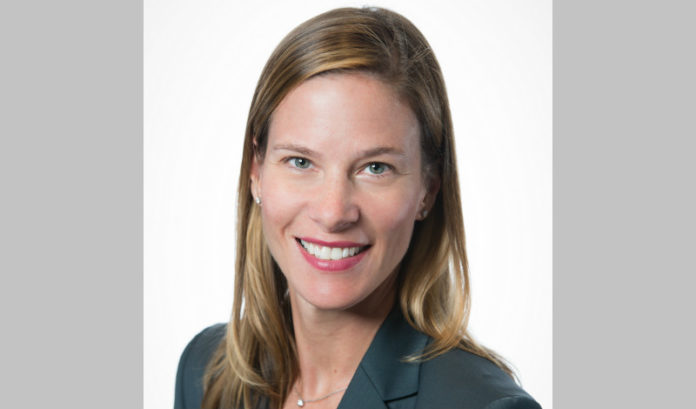 Lisa Gingeleskie, a labor lawyer at Lindabury, McCormick, Estabrook & Cooper P.C. in Westfield, said the calls and questions about the new employment law have been coming in steadily since it was signed last spring.

Calls regarding the Paid Sick Leave Act, that is.

And those calling, she said, may be missing the bigger workplace picture.

Gingeleskie said she feels the Diane B. Allen Equal Pay Act, signed into law by Gov. Phil Murphy last April, is not getting the attention it deserves. And that businesses — large and small — are taking a big risk if they do not make it a bigger priority.

“(The equal pay law) came out around the same time as the Paid Sick Leave Act, but there’s been so much more press and phone calls and questions about the paid sick leave,” she said. “We keep saying, ‘Take a look at the Equal Pay Act and make sure that you’re taking those steps to revise your policies. Take a look at your handbooks and take this into consideration when you’re hiring new employees.’

“We’ve definitely made a proactive effort on our part to reach out to clients, because the potential risk, not just the legal exposure but the financial exposure, is huge. If you’re a small mom-and-pop shop, it could put you out of business.”

Today — Tuesday, April 2 — is Equal Pay Day 2019, a day originated by the National Committee on Pay Equity in 1996 as the moment of a new year when a working woman doing the same work as a male colleague finally earns what the man earned the year before.

On the symbolic anniversary of the signing of the Allen Act, considered the strongest pay equity legislation in the nation, Gingeleskie spoke to ROI-NJ about what companies in New Jersey need to do to be compliant.

ROI-NJ: OK, the Lindabury team is meeting with a new client — what is the first part of this law you talk about?

Lisa Gingeleskie: I think hiring. Companies need to look at when they’re making offers or letters of intent or entering into employment contracts. They need to look at what salaries they’re offering their employees and make sure that it’s commensurate with positions that are considered substantially similar. Because, if they’re not, they’re opening themselves up to a potential suit.

ROI: It sounds as if a suit could be as much about a job description as a salary?

LG: It’s important that employers be very careful to make sure they have a good understanding of their job descriptions, the responsibilities under those job descriptions, and that they’re actually an accurate representation of the position itself.

And then they have to make sure that whatever salaries that they’re offering for those positions are commensurate with any other position, even if it’s not the same job title, that would be considered substantially similar under the statute.

ROI: I get it. Equal pay for equal work. But everyone knows that all jobs are not necessarily the same, even those with the same title. Wouldn’t you agree with that?

And, if you’re going to argue that those jobs are not substantially similar, you have to make sure that those job descriptions accurately reflect those differences.

ROI: Can’t you just do that by title, placing ‘senior’ or ‘executive’ before a title to show they are at a higher level and deserve more pay?

LG: In the past, you’ve been able to say, ‘This is a different job position.’ Now, you have to run this wage comparison across all aspects of the position to determine whether or not it’s essentially similar work.

At the end of the day, if two individuals are performing substantially equal work, they need to be compensated equally. You can’t just point to job title or position now to justify this difference.

LG: You want to notify and provide training to all your managers and your recruiters because you want those people who are responsible for awarding compensation to be aware of the actual requirements. That’s both for existing employees and for applicants.

LG: I always say review your handbooks and policies. Another big component of the act that people aren’t necessarily talking about is this expansion of the anti-retaliation provision.

Before it used to be kind of taboo to go about and your workplace and say, ‘Hey, Joe, what are you making?’ Or, ‘Hey, Jane, what did you make before you were promoted?’ And now the act prohibits employers from taking any retaliatory action against their employees from having these types of discussions.

So, you want to make sure that that’s taken out of any handbook or policies, because employees are free to discuss their wages and salaries within the workplace, not only to current employees, but former employees.

ROI: Let’s talk cost of living. We know it’s high in New Jersey, but it varies from north to south, county to county. Can’t that be used to pay different salaries?

LG: What we’re generally recommending to employers is that, when they run a wage comparison, they look across all of their facilities. It eliminates that argument that the wage comparison needs to be limited to the locale where the challenging employee works. We’re saying, take a look at all your locations and run a comparison that way.

ROI: Last question. You said violations could be costly. How costly?

LG: If you’re found in violation of the act, the act mandates triple damages. So, if you figure you have a small employer with just a few employees and, depending on what the pay disparity is, you’re looking at a substantial figure. They could also be awarded attorney’s fees, punitive damages, if it’s considered intentional. So, there’s a huge exposure here for employers.