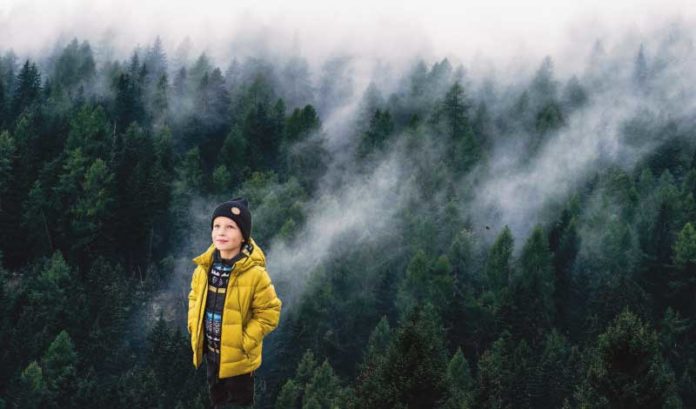 Emma Aer said she has made a career move that is good for her — and New Jersey.

Aer, the former CEO of Finlandia Cheese, a manufacturer of Finnish cheese and butter with U.S. headquarters in Parsippany, began her new role in January as head of region, USA, for Reima, a multimillion-dollar, 75-year-old global leader in children’s active and outerwear.

“My job is to open operations here in the U.S.,” Aer said.

Those operations, Aer said, are expected to be run from regional offices in New Jersey, though the exact location has yet to be announced.

“And as our business grows here, we will be adding to our team,” Aer added.

Aer, a native of Finland who has studied and worked around the world, relocated to Summit nearly five years ago after becoming CEO of Finlandia in 2014.

Reima reached out to her with an opportunity last year.

Reima pitched itself as a premium brand of high-quality and nontoxic performance outerwear, athleisure, footwear and other outdoor gear for children. She knew it as the company that produced the clothes her kids wear.

“My three teenage boys grew up wearing Reima gear,” Aer said. “Being a working mom, I always knew that if my boys played outdoors, they would be much happier and easygoing indoors, so I always made sure they got enough fresh air.

“Reima helped make that possible for me, and I know how good they can make the lives of other parents when our children can play outdoors in any kind of weather.”

Reima, headquartered in Finland, is a market leader throughout much of Europe and the Asian nations of China and South Korea. It is looking to expand in the North American market.

While the private company does not disclose revenue, according to its website, Reima’s net sales reached more than $96 million in 2016, during which its entry into the North American market took place via Canada.

Reima has been selling its products in department stores such as Nordstrom, athletic stores such as Paragon Sports and specialty ski and outdoor shops throughout the U.S. since fall 2017.

“We already have been in the market for a couple of years — but I am here to kick off everything,” Aer said.

Since January, Aer has been setting up company operations and ramping up Reima’s business in the U.S. by opening regional offices and hiring a team.

That is no easy task.

To start, Aer said she had been focused on incorporating, opening accounts and creating relationships with professional service firms.

Recently, she said she has been working with recruiters to brief them on Reima USA’s upcoming employment needs; with logistics companies regarding warehousing and distribution; and with Reima headquarters in Europe on marketing; while participating in sales meetings to more effectively serve existing U.S. customers.

At the beginning of this month, Aer said she made her first hire to the team that will help her build the right sort of business environment here in the U.S.

“Especially when working together to build something new, you really need to hire the right individuals, or whom I like to call ‘helicopter people,’ who can race to higher grounds in order to see the big picture but then also roll up their sleeves to get the job done,” Aer said. “People helping each other and working as a team rather than as individuals is very important to me.”

Aer said she brings with her to the role the experience of building strong teams, launching brands internationally and ramping up business operations and distribution in the U.S.

“In our first year, we are looking to more than double our business,” Aer said. “Over the next couple of years, we are looking forward to driving exponential growth in the U.S.

“This is like running a startup within a large company — a unique opportunity for me to roll up my sleeves and help build something from the ground up. I love that kind of challenge.”

Diversity of thought and climate

Just one example, Aer added, of why it is very important to understand the different business cultures across countries.

“For example, Finns are very straightforward,” Aer said. “They tell you exactly how it is, and they do what they say they will do.”

The diverse New Jersey population, however, will help her team at Reima to better understand their overall consumer base, Aer said.

“This state is a melting pot of so many different nationalities and cultures, which you don’t always get in other states,” Aer said. “It is a good environment for a consumer business, as it helps us to understand and set the scene for our diverse consumers across the U.S.”

New Jersey also will provide Reima with vastly different geographies to explore, from its beaches to its mountains, from its farmland to its forests — including the Watchung Reservation, which Aer said she enjoys hiking after her long workdays.

“The U.S. is such a unique melting pot of different cultures and consumers, as well as such a vast geographic space,” Aer said. “When we think of outdoor wear for children, we need to consider the needs of everyone living in Vermont to California.

“The extreme weather of this country offers us a lot of great opportunity and fun challenges.”