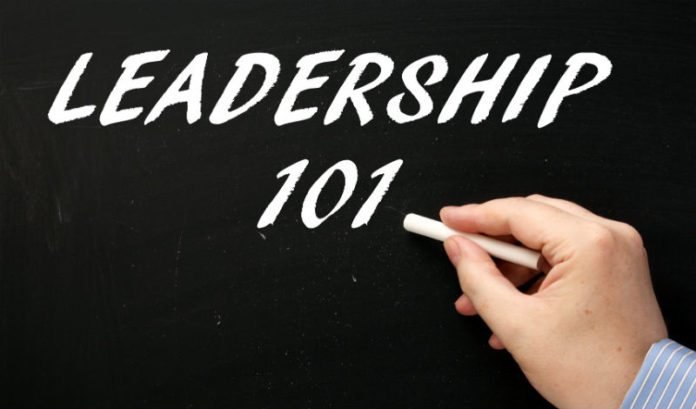 Jeff Harmon of Brilliance Within Coaching and Consulting offers tips on training leaders.

Jeff Harmon said he works to change the dynamics of a common denominator within every issue the world faces.

“If I were to name just one thing that I believe can be addressed within each problem, it is either the lack of, or ineffective, leadership,” he said.

As the founder and head coach of Brilliance Within Coaching and Consulting in Boonton, Harmon has worked with executives and their teams for more than a decade to help raise their capacities to lead more effectively, accomplish big goals and become happier and more fulfilled along the way.

“I start by asking what the gaps are in themselves and their people between where they are and where they want to be,” Harmon said.

Now, the devoted business leadership coach and consultant said he has developed a concept to help democratize leadership training and coaching for companies looking to grow.

“These services typically have been reserved for those with the money to afford them,” Harmon said. “But I believe so deeply in leadership that I want to make such training available to and accessible for everyone.”

The Intentional Leader platform provides users with weekly five-minute video lessons and access to additional content, research and coaching, with monthly subscriptions starting at $49 per leader per month.

We asked Harmon for five keys to successful leadership:

“Let the cause — the mission of an organization and its people — be greater than the self,” Harmon said. “That can seem so counterintuitive when we are too often told to puff ourselves up, look good, always have the answers and be the champion, but my own piece of advice would be to set yourself aside and simply serve.”

2.   It’s about character, not titles

“Leadership is not about holding a certain position or having authority. It comes down to your character,” Harmon said. And, he said, everyone from a dishwasher to the chairman of a company has and must use their ability to lead to effect change. “Leadership does not come from the top down. You can lead from whatever seat you find yourself in.”

Harmon said leadership often is about changing habits, not necessarily improving the ones you have. “Our No. 1 goal is to get our clients thinking differently about how they see themselves, their teams and their organizations as leaders. Because, when those three things happen together, everything can change,” he said.

Harmon is a believer that leaders need to be in tip-top shape, in all areas — especially when you are confronted with a tough challenge. “Before you can even hope to effect change in a difficult situation, you must make sure you are whole, healthy and strong,” Harmon said. “Eat healthy, get sleep and exercise.”

5.   Leadership can pay off

Harmon said he works with a CEO in South Carolina who wants to grow his family business from $100 million to $300 million in sales. “He doesn’t need a consultant to tell him how to do that, because he’s grown companies like that before,” he said. “But he needs help developing both his personal effectiveness as a leader and that of his team so they can work together toward that growth.”

Christine Andrukonis said most organizations today are dealing with mergers or acquisitions, implementing new business strategies or moving toward a digital revolution to help manage their growth.

It is not an easy task, Andrukonis said, and often one that is mishandled, based on the rising number of employees leaving the workforce for entrepreneurship.

“The people who can see the future and get things done are leaving companies to do that elsewhere, because large organizations cannot keep and unleash them in the ways they need to,” she said.

In 2015, Andrukonis founded Notion Consulting, a Montclair-based leadership and transformation consultancy that helps C-suite executives “imagine the future and lead people to it.”

The goal: Help them survive and thrive.

“A recent statistic from Chief Executive states that 50 percent of new CEOs fail, with ineffective change leadership being the No. 1 reason why,” Andrukonis said. “Our clients often come to us with these questions: ‘How do I keep the movers and shakers here? How do I become one myself? And how can we make sure we are unleashing our talent the way they need to be?’”

We asked Andrukonis for five key things leaders must be able to do when leading change in increasingly changing environments:

1.   Lead in the face of ambiguity

“Leaders need to be able to take the data and information that they do have, consider the unknowns and apply it to the decisions they are making in the face of uncertainty.”

“There is a lot of increased visibility and scrutiny on leadership behavior and decisions, and leaders need to be able to accept and apply any feedback to their future decisions.”

3.   Listen to employees to understand where they are

“People with all sorts of different backgrounds come to work from different generations and life situations, so leaders need to understand who they are and what they need in order to be successful.”

4.   Step back despite increasing speed and pressure

“Instead of being reactive, leaders should be thoughtful and proactive, which many are finding difficult given the demands of today. But this will be increasingly important as we move into the future of work.”

5.   Act as the chief change officers

“A lot of companies are building this out as a separate role, but that truly is the job of the chief executive officer in 2019 and beyond. A CEO must not only be able to lead the organization through change, but also be able to step out ahead of it to get their people moving toward success.”

On his 100th day, Holloway reflects on an unusual beginning –...