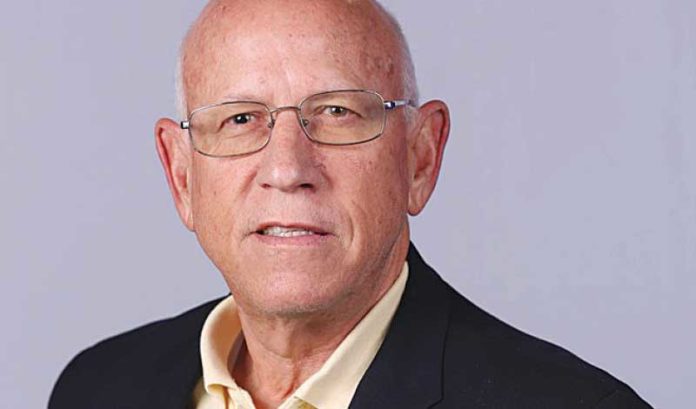 Much of Robert Glazer’s time is spent patrolling a route between Boston and Washington, D.C., meeting specialized physicians while they’re still in training, enticing them to join ENT and Allergy Associates LLP once they’ve completed their studies.

Recruiting is one of the hallmarks of ENT and Allergy Associates’ expansion. Glazer has brought in more than 200 physicians to practice in its 42 offices — and he’s always on the lookout for more.

“We’re constantly looking to bring in that next generation of professionals coming out of training programs who bring a new set of skills to the table, which is great,” he said. “Recruiting them is a big piece of the pie here.”

Glazer has been with the organization from its humble 1998 inception to its current place as the largest group of otolaryngologists, or ENT doctors, in the country. The organization sees around 85,000 patients each month and likely will see more than 1 million patients this calendar year.

Over that time, the organization has experienced a need to grow its roster of specialists — mostly otolaryngologists, allergists and audiologists — by leaps and bounds each year, hence Glazer dedicating nearly the entirety of his summer months to finding prospects.

Another reason he spends so much time on it? Just by the numbers alone, it is clear that recruiting is a tough game.

“There are only about 300 otolaryngology residents graduating per year in the entire country,” he said. “Of those 300, about a third go into academic medicine. Assuming that’s the case, that leaves 200 new graduates — of which you split it in two, 100 west of Mississippi, 100 east of it. And, I can tell you I need at least 10 of that remaining 100 every summer now for the next five years.”

The organization’s recruiting needs are in large part influenced by its mandatory retirement age of 72 for its physicians. Glazer also believes young professionals bring in a new perspective on medicine, technology and everything else to the group’s offices, which is why he focuses on physicians just coming out of school all over the East Coast.

“But it’s very difficult right now to recruit and attract people to the New York-New Jersey metropolitan area, because the tax situation has really caused people to think about where they want to live long-term,” he said.

“After all, when you take a position as a physician, to really develop a great practice and develop a patient following, you need to stay in one spot for a while.”

ENT and Allergy Associates’ office locations are scattered throughout central and northern New Jersey as well as New York. It just last month opened a new clinical facility in Parsippany.

Glazer likes the organization’s physical footprint as it stands now, even if places such as western Connecticut have come up as options for expansion.

“But it’s very different in terms of the amount of insurance players there,” he said. “There’s an academic medical center there that dominates. And the demographics are no way near as dense a population base. So, we’re staying away from a place like that for now.  Also, the truth of the matter is, my phone is ringing off the hook where we already are.”

In New Jersey and New York, there’s no doubt a lot of consolidation is going on in the area of physician groups. Reimbursements and other trends have pushed small specialty practices to partner with larger institutions.

ENT and Allergy Associates has been able to remain a highly focused subspecialty physician group without the backing of a more general health care system, but it’s also a participant in the consolidation.

There are only about 300 otolaryngology residents graduating per year in the entire country,” he said. “Of those 300, about a third go into academic medicine. Assuming that’s the case, that leaves 200 new graduates — of which you split it in two, 100 west of Mississippi, 100 east of it. And, I can tell you I need at least 10 of that remaining 100 every summer now for the next five years.

It regularly merges with other practices in its specialty areas — it recently did so with a practice in East Brunswick and then another in Edison. Its original formation two decades ago was actually the result of an ahead-of-the-curve combination of three individual ENT groups around the Garden State area.

“Consolidation has been underway for a long time now,” Glazer said. “People have definitely merged practices in these specialties. We’re also seeing that some, in retrospect, want to get out of some of the things they’ve gotten involved in. We’ve seen that on the academic side and now on the multispecialty side as well.”

Besides recruiting fresh-faced physicians out of graduate programs, Glazer said his organization has had a good deal of luck hiring physicians that have spent years at larger institutions.

“Particularly in the past three or four years, we’ve seen a lot of physicians in academic medical centers or health systems that become disenchanted with the bureaucracy of those systems,” he explained. “They recognize that us having the focus on these three subspecialties makes us much more nimble and physician-oriented.”

There’s the pitch that Glazer’s organization makes in advertisements: Call us today, see us today. It’s a motto that touts the physician group’s accessibility. The organization also boasts of its advantage in quality over some of its competition.

And then there’s the pitch that Glazer makes to would-be recruits: physicians get that same treatment.

“We have highly qualified physicians across our subspecialties, and our offices are really state-of-the-art with top staff that are trained to be patient-friendly. That’s why we believe we’re well positioned for the future despite having all these large systems around us in the region.”

‘You don’t take a sledgehammer to a whole industry’