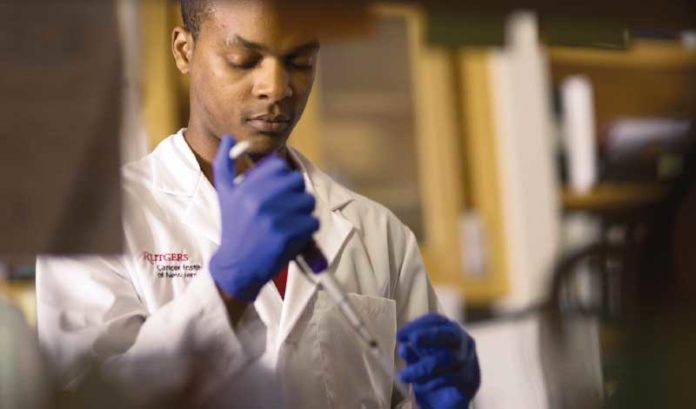 As chief of the Rutgers Cancer Institute of New Jersey’s Blood and Marrow Transplant Program, he prefers nothing more than a recourse for patients feeling like they have none.

He’s thrilled by one of the most recent options: The recently approved immunotherapy research at the university-linked health care organization. It’s another line of defense for those with blood cancers after all others have been exhausted — and that was enough for the cancer institute and its partnered Robert Wood Johnson University Hospital New Brunswick facility to put it to use.

CAR-T cell therapy, as it’s called, is being used in the treatment of particularly difficult forms of acute lymphoblastic leukemia, a type of blood cancer in children and young adults. Eligible patients have already gone through conventional therapy, which eradicates the disease in upward of 90 percent of affected individuals.

“But for the 10 percent who aren’t cured, there hasn’t been good options,” Cooper said. “This new treatment changes that.”

Traditional cancer treatment such as chemotherapy can have diminishing returns for some patients. Cooper said the patients who may benefit from CAR-T cell therapy, whose acute lymphoblastic leukemia has been designated as recurrent, already have developed resistances to chemotherapy and have gone through bone marrow transplants.

For those patients — which, it shouldn’t be forgotten, are often undergoing these intense treatment courses in their adolescence — CAR-T cell therapy could be the solution. It has demonstrated an extraordinary potential to get 80 percent of these patients into remission, Cooper said.

The therapy also has been approved for the treatment of refractory diffuse large B-cell lymphoma, a dangerous variant of the most common type of non-Hodgkin lymphoma among adults.

Cooper said about half the patients with diffuse large B-cell lymphoma eventually relapse or become resistant to treatment. Outcomes have been consistently poor for these patients because there hasn’t been another therapy alternative after chemotherapy and stem cell transplants.

“So, this addresses a critical unmet need for those patients,” Cooper said.

About 40 percent of those patients, after undergoing conventional therapy already and being left with a dismal prognosis, have been shown to be in complete remission about one year after CAR-T cell therapy. So, these are significant — and, so far, fairly effective — treatment options based on this latest therapy, with more likely to come, Cooper added.

Treatment involves hooking patients up to a machine that harvests blood cells that compose the body’s immune system. The cells are then reprogrammed to target a molecule that’s present on all lymphocytes, a particular type of white blood cell that’s typically the cause of these cancers. The reverse-engineered cells are then reintroduced in the patient’s body.

“And one of the reasons there’s so much excitement about this is that, if you can find a target that’s on the tumor cells but not on normal cells, you theoretically could attack any malignancy,” Cooper said. “So, we’ve adopted this therapy that we’re of course hoping to improve.” 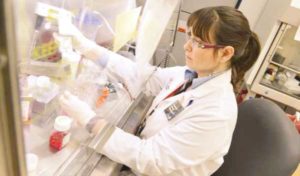 Multiple myeloma is a cancer that forms in a different type of white blood cell, a plasma cell. There’s a component of those cells that can be potentially targeted as well by CAR-T cell therapy. The Rutgers Cancer Institute of New Jersey is participating in studies this fall to determine how useful this treatment could be for treating that disease.

Its efficacy is also soon going to be studied locally for treatment of chronic lymphocytic leukemia, a cancer of the blood and bone marrow.

Cooper said the current applications of CAR-T cell therapy are going to be continually evaluated for possible improvement. For one thing, it doesn’t work for everyone. Why some patients prove resistant to it — and how to reduce some of the toxicity most all patients experience in this treatment — is going to be a challenge to sort out.

“Another challenge is that, right now, when a patient is considered a candidate, they have to have cells removed and reprogrammed — and it takes about two and a half, three weeks at best,” Cooper said. “For patients who are really ill, that might be too long a period of time. … Off-the-shelf cells that can be used more quickly is an improvement I expect within several years.”

Overall, however, this treatment is exciting for longtime oncology experts such as those at the institute. And there’s already a desire to see it expanded.

“Right now, this therapy is only being offered (at) tertiary care centers, but I think what will happen with it — as the mechanism of the toxicity is further worked out and our ability to deal with it improves — is that it will become much more generalizable,” Cooper said. “I foresee this being offered in a doctor’s office setting. That hasn’t happened yet, but I think there’s a good chance it will.”

NJCU to partner with Consulate General of Mexico in N.Y. to...

My student loan is being forgiven: Do I have to pay...