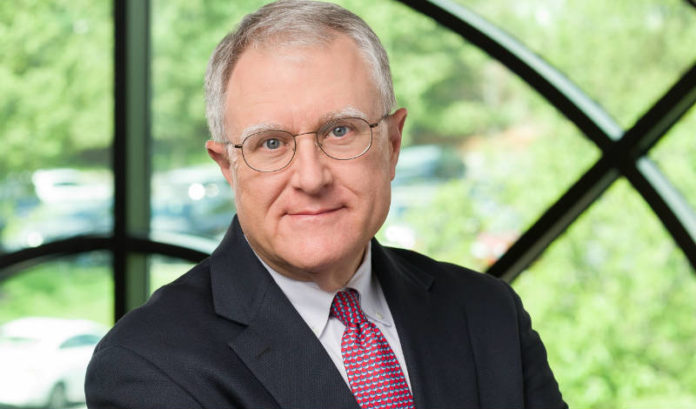 Dennis Toft has been doing environmental law work in the state for more than three decades.

So, he knows how much environmental issues can become political issues. And how businesses in New Jersey — and those contemplating coming to New Jersey — are impacted by the governor’s views.

It’s why Toft, the chair of the Environmental Group at West Orange-based Chiesa Shahinian & Giantomasi, was eager to read Gov. Phil Murphy’s recent executive order on how the state will deal with environmental issues — and why he was thrilled when he came to the conclusion that the order will not have a huge impact on the state.

“My initial reaction is, at the end of the day, it really doesn’t change much substantively,” he said.

Gov. Chris Christie’s administration said agencies would have to justify why they wanted to have stricter standards than the feds.

Earlier reaction was that Murphy was “rolling back” a lot of the rules put in place by supposedly pro-business, anti-environment Christie. Toft said that’s not so.

“People read the headline and they read how the environmental community reaction, you know, the initial reaction is, ‘Here we go again,’” he said. “But, I think the reality then sets in and it says, ‘OK, it’s just more of the same.’

“To me, it’s important for people to really understand the meat of it and not just rely on the heads of some environmental groups.”

“That’s the perception a lot of people have. The reality is (that they’re) not that different,” he said. “And the reality is that the rules that were in place are still the rules in place.

That’s a key. Toft said he was impressed by Murphy’s ability to please his pro-environmental base while maintaining his pledge to support the business community.

“The executive order went on in depth about making sure the rules don’t kill business, and I think that was intentional,” he said.

Toft knows as well as anyone that the environment always will be a major issue in the state — as it should be.

“So, we already have to look at things, legally, differently than the way the feds do. And, in many instances, by virtue of our existing statutory structure, we need to be more focused and more stringent. That’s consistent with our legacy of being a downwind, former industrial state.”

Moving forward, Toft wants to see businesses taking a bigger role in these issues — especially at a time when he feels more lax federal enforcement of environmental rules could come back to hurt the state.

“What I would point out to businesses, if nothing else, is this: They need to pay attention to how the rule-making process is going to work in the Murphy administration,” he said. “There clearly is going to be attention paid to whether New Jersey has to do something in addition to what we would normally do because the federal government has stopped doing things.

“And, No. 2, the order clearly contemplates a very robust regulatory process involving communications with stakeholders early on. And I think the business community as a whole needs to make sure that it’s engaging in that process at every level, including the substantive scientific level as well as the political.”

That, he said, is more important than the predictable reaction to the order.

“Like a lot of things, you read something like this, you react to it in a way, depending upon your point of view,” he said. “But a lot of the devil is in the details.

Read Executive Order No. 63 below.

Terminal A at Newark airport to offer world-class roster of regional,...

C&W: Report shows trends to watch at Port of NY/NJ