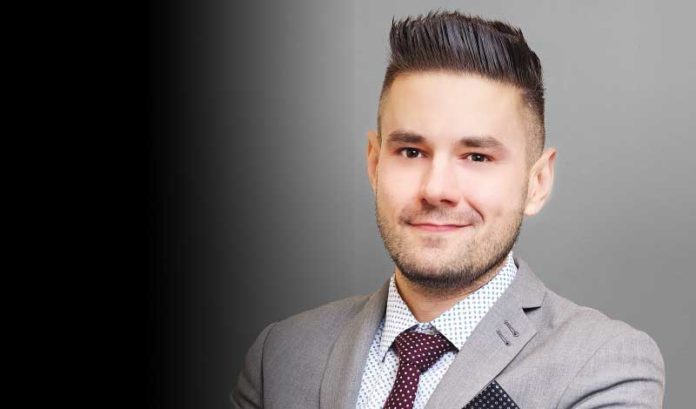 It’s a bit of research that anyone could do, maybe even right at this moment.

The subtle inclusion of screen time reports on iPhone and Android devices has allowed anyone to survey how often their mobile device flickers on. It details usage down to the number of minutes or hours spent on particular applications.

The study of what psychological phenomena might be associated with social networking, online gaming and the rest of the digital world hasn’t had its own place in academia. But the companies behind the technology sure are thinking about it.

John Wolf, a principal of a new program at New Jersey Institute of Technology and an assistant dean there, said that’s become apparent with the addition of something like screen time reports.

“To me, it seems that this is that industry’s attempt to self-regulate,” Wolf said. “They’re saying, ‘We don’t want policymakers to start talking about screen time and what effect that will have on developing children or teenagers.’ It’s an attempt to put a pre-emptive warning label on these devices.”

Why a warning label might be needed requires knowing something about the potential mental health impact of using mobile devices much more often than was ever foreseen.

The new NJIT program that Wolf is involved with is giving students an insight into exactly that. The school this year announced it would offer students a degree option in the emerging field of cyberpsychology.

Kevin Belfield, dean of NJIT’s College of Science and Liberal Arts, said that, between smart homes, the Internet of Things, automation and other new developments, the unique concentration is timely.

“We’ve now recognized that technology is influencing human behavior and society in some drastic and unprecedented ways,” he said, adding that there was a huge unmet need among academic programs for studies surrounding that.

In the school’s research, it found only two master’s degrees in Europe that focuses specifically on this area. Many schools, including NJIT, have had individual courses at the intersection of modern technology and human psychology, but not a dedicated degree in it.

“As the ubiquity of digital and social media technology has constantly increased, it became apparent to us that we could do better than simply offer a course,” Belfield said. “So, we began looking at ways we could better do that with a degree program that would also be consistent with a polytechnic institution.”

It’s the first academic program in the behavioral sciences to be offered by NJIT, an answer to many years of students expressing interest in such a degree. Due in large part to that interest, the school saw sufficient enrollment for a standalone program.

“On top of that, there are a lot of companies today that are interested in hiring people to work in what we’ll call cyberpsychology, but it goes under different guises,” Belfield said.

The stated goal of NJIT’s programs is to get students skills that make them employable on graduation. Abstract as it sounds, the cyberpsychology curriculum is no exception to that.

Tech giants such as Google are searching for user experience researchers — a role that has many different names, “market research analysts” being another one — that track how programs are being perceived. Even traditional companies want personnel that have an understanding of how to best communicate with people online.

Ultimately, what sets apart the field of cyberpsychology from other tech-focused studies is that students may learn to contribute to technology in a way that’s more beneficial for mental health.

That’s an important ingredient in the tech mix, especially given that recent reports have correlated time spent on social media with depression and higher suicide rates.

“And, of course, correlations do not necessarily mean causation, but there’s certainly starting to be a comprehensive look at the impact of this on peoples’ lives,” Belfield said. “There is now a global concern over how these tools tie into behavior.”

Within the past few years, China notoriously introduced tight regulations on certain digital platforms that restricts the amount of time users can be on the platform based on his or her age.

That right there is one of the world’s largest economies implying tech has an effect on behavioral and cognitive development, Belfield said. How much bearing it actually has is one of the things cyberpsychology scholars at NJIT will learn about as more studies on it are conducted.

The 120-credit degree also features an examination of other hot-button issues in tech that have a bearing on psychology, such as cyberbullying, the possible therapeutic uses of technology and an overview of some aspects of cybercrime.

Assuming all of these matters remain as substantial as they are today, Belfield expects NJIT won’t be the only school to give these studies extra weight.

“My crystal ball is murky, but I do anticipate that at least a dozen universities will put together a program to look at social impact of technology in the near future,” he said.

Reach NJIT’s Office of University Admissions by email at: cyberpsych@njit.edu or 973-596-3300.