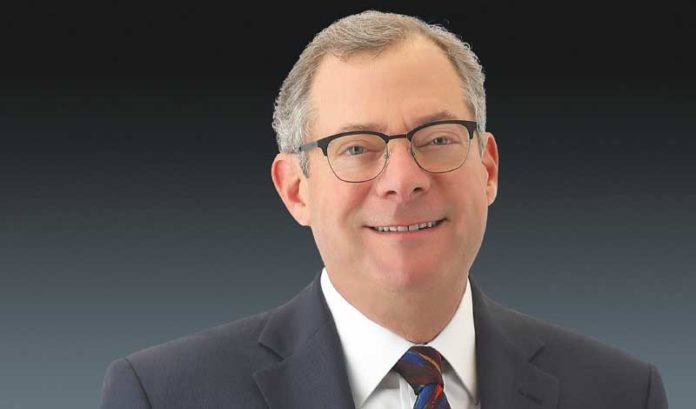 “These days, you can’t even plan five years out,” said Fanburg, an attorney with a health care practice at Brach Eichler LLC. “It’s almost impossible to predict years in advance, because health care is such a huge part of the economy both in New Jersey and nationally, and also the topic of so many legislative issues. So, it’s changing all the time.”

Case in point: Statutory requirements recently changed a great deal for out-of-network physicians. And many still haven’t planned for what they’re going to do about it, according to those on the legal side of physician groups.

As of last September, New Jersey physicians are under a new set of rules that flip upside-down how they have to collect deductibles, copayments and coinsurance payments from their patients.

Dennis Alessi, member at Mandelbaum Salsburg P.C., said it has a lot of physicians mixed up.

“Not intentionally, a lot of physicians still aren’t in compliance with this, even if it went into effect last year,” he said. “There’s a fair amount of noncompliance — and I’ve been concerned about that since the statute was enacted.”

The requirements are a feature of the New Jersey Out-Of-Network Consumer Protection, Transparency, Cost Containment and Accountability Act. There are a number of changes it makes, but it generally requires practices to tread more carefully with what it tells patients about insurance coverage.

Physician groups have to be able to, upon request, come up with estimates for charges before providing medical care, as well as provide notice of what insurance they accept. And any physician group that later files a claim form for reimbursement with an insurance carrier is making a tacit agreement to comply with the new statute.

“My concern for physicians is that, if they’re not in strict compliance with the requirements of this law, it’s not going to be too much longer before an insurance carrier like Horizon (Blue Cross Blue Shield of New Jersey) starts doing audits of physicians out-of-network,” he said.

“When they find noncompliance, they take the same position they have in the past — notwithstanding that you provided service that was medically necessary and are entitled to be paid for it, we want back what we paid you.”

Not only that, a practice can be fined up to $2,500 for each violation, as well as possibly be on the hook for double the claim’s recouped payment and the usual legal fees.

An attorney who represents physician groups, such as Alessi, is warning clients that the audits he expects may arrive as soon as this year.

What the effect may be of a lot of the remaining freestanding physician groups operating out-of-network getting hit with noncompliance claims, Alessi supposes, is a quickening of the consolidation of these doctors’ offices.

“And my own personal opinion — not that of the firm — is that this was an effort by the insurance carriers that are doing everything they can to force doctors to go in-network,” he said. “And, so often, it’s about whether your corporate structure is incorrect and has nothing to do with providing service or whether something was medically necessary.”

It’s relatively uncontroversial in the industry that smaller physician groups have been moving to find larger partners due to the complexity of having an out-of-network status.

That’s also thought to be due to a number of trends: Reimbursement rates are at best staying stable or going down. In addition, the cost of operating in small physician offices continues to escalate, Alessi said.

“I see that being largely a result of the increasing cost of technology,” he said. “With something like electronic billing, everyone does it, so a small practice has to buy all the computer systems and software, as well as train and hire the staff to do it, too.”

Stephen Timoni, a business attorney at Lindabury, McCormick, Estabrook & Cooper P.C., said there are a number of factors at play, but none ends up being the topic of conversation today as much as last year’s out-of-network transparency adjustments.

“I still get calls (from clients) about this all of the time today,” he said.

Timoni said that practices have learned that they can no longer promise to waive copays or deductibles under this law, with some exceptions.

“That’s where it leads to some gray areas: How aggressive do you need to get to collect balances?” he said. “We don’t know answer to that. But, certainly, the burden is on out-of-network physicians providing services.”

Often, physician groups find a solution to these complications in just merging in with health systems or other large in-network providers, Timoni said.

But, even if that has been the answer for some time now, the industry’s constant reconfiguring means one can never safely predict what will continue to be true going forward.

“The medical field is very interesting right now,” Timoni said. “And I think it’s going to get even more interesting as the rapidly changing dynamics of healthcare continue to unfold.”

A matter of aging

Workforce reports keep finding that still-sharp physicians are practicing late into their golden years. But, when it comes to those with patients going under the knife — should there be a cut-off after a doctor is too far over retirement age?

“Because, for some, there’s an increasing concern regarding their ability to keep up with what’s going on in medicine,” he said. “There’s a call for some physicians to have to undergo regular physical and mental exams. That, in turn, has led to age discrimination claims by physicians against large practices.”

It’s a conundrum for practices that want to balance confidence in a doctor’s competency and patient safety without running afoul of the rules set by the country’s employment law.

Timoni hasn’t himself handled age discrimination claims, but he certainly counsels practices on how to craft policies and procedures that don’t infract established labor protections for older doctors. That might mean being clear about whether doctors over a certain age can perform surgeries or if there’s a retirement age the organization wants to abide by.

“The best thing is always transparency,” Timoni said. “Make policies very clear, so that everyone is aware of what the rules involving age are within a practice.”

As Embecta completes its spinoff from BD, it will ring closing...