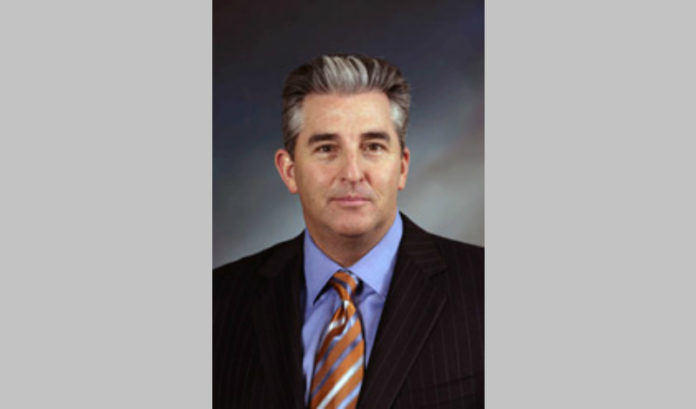 Bruce Deifik got a little choked up last fall when he was discussing the days surrounding his purchase of what is now called Ocean Resort Casino in Atlantic City.

In fact, he had to catch himself and clear his thoughts while talking during an event at the hotel/casino.

The moment didn’t come when Deifik was talking about waking up one morning and realizing he needed to wire $10 million to purchase a property he had never set foot on. That’s just part of the high-stakes development game he plays.

It was when Deifik related his discussion with Mr. Wilson, a man who lives in a small house across from his property — an area of town many developers, politicians and social do-gooders are quick to write off as blight, and something the city needs to rid itself of if it is truly going to regain a place of prominence in the state and as a destination for visitors up and down the East Coast.

Deifik, who passed away Sunday night in Denver, said then that he didn’t see it that way.

And, it was in that moment, with the emotion of retelling a story about a conversation with a longtime local resident, that Deifik showed his hand.

“I walked over when there was an article in the Atlantic City Press that said that a Mr. Wilson was very concerned about this behemoth opening next to him,” he told a small audience in attendance at the event, put on by Garden State Initiative.

“I took it upon myself to walk over to his house,” Deifik continued. “It’s been there for, I think, 80 years. I walked up his rickety steps and knocked on his door. And he came to the door and he said, ‘Can I help you?’

“And I said, ‘I’m your neighbor. I said I just wanted to stop by and say, “Hello,” because I heard you had concern about some of the properties opening around here.’

“I said, ‘Well, I’m your neighbor and I own that property right next door. I’m here to be your neighbor, not to chase you away, but to embrace you.’”

The two, he said, then spent the next 30 minutes talking about the neighborhood and their places in it.

That was the Deifik that New Jerseyans got to know in his short-lived tenure as owner of Ocean Resort. And, while he flipped the property months after that event, Deifik — who lived primarily in Colorado — showed he was committed to the state while he was here.

Debra DiLorenzo, a longtime leader in Atlantic City who is the retiring president of the Chamber of Commerce Southern New Jersey and a member of the Casino Reinvestment Development Authority, said Deifik had an impact on the community during his short time in the city.

“Although I didn’t know him all that well, I do believe he was a visionary — an entrepreneur filled with compassion — who wanted to make a go of Ocean Resort and help the residents of Atlantic City,” she told ROI-NJ. “My thoughts and prayers go out to his family.”

Stockton University President Harvey Kesselman — speaking at the event — prasied Deifik for his commitment to the city.

Kesselman praised him for not only reopening the former Revel casino, but for using it as a vehicle to improve the lives of city residents.

“You’ve got new investors in the city who are looking for students to be able to groom, to be able to bring aboard, to be able to provide them with the practical skills that supplement what they learn in the classroom,” he said. “That’s the best way to get productive citizens.”

Deifik, who was named as one of the 2018 ROI-NJ Influencers for Real Estate, said he wanted to help the city’s population, as much as anything.

“There are people walking around this town with a new positive attitude and with a gleam in their eye,” he said at the event. “Their shoulders aren’t shrugged any longer. They see an opportunity for themselves. And I see a lot of young people on this property, walking on the Boardwalk, that work on other properties that have a spring in their step today. It speaks to what (others have) said about employment and education and health care.

“When there’s no help, there’s a problem. When people have hope and they see an opportunity in front of their eyes and they people like myself and Harvey pulling them and saying, ‘Get over here, here’s an opportunity, let’s do this together.’”

In the end, Deifik struggled to meet his goals.

The hotel/casino was not able to fully find its niche in Atlantic City following the peak summer months.

In January of this year, Deifik began the process of selling Ocean Resort to Luxor Capital Group. The transaction is still being completed.

A spokesperson for the property released this statement:

“We are saddened to learn that Bruce Deifik, former owner of Ocean Resort Casino, has passed away. The Ocean family is grateful for Bruce having the vision to reopen this beautiful oceanfront property and employing over 3,000 members of our community. Our thoughts and prayers are with his family.”

The hotel/casino, which opened originally in 2012 as Revel, reopened to great fanfare in June.

A cause of death and funeral arrangements have not been made public.