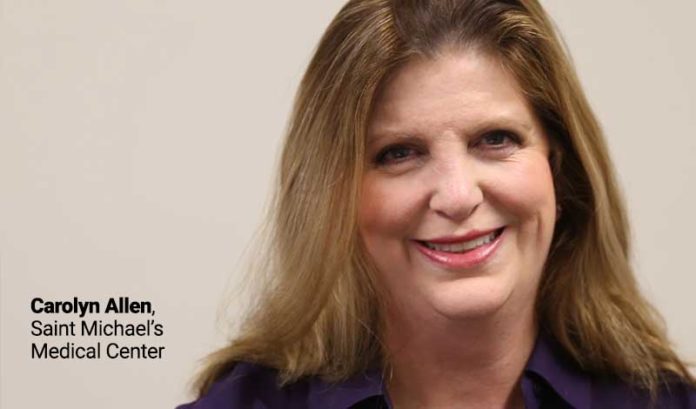 “We are thrilled to have Carolyn on the team,” said Saint Michael’s CEO Robert Iannaccone. “Her experience in the healthcare industry, combined with her leadership skills, will be an asset to Saint Michaels as we continue to build a financially strong hospital that serves the health care needs of our community.”

Saint Michael’s was purchased out of bankruptcy by Prime Healthcare in May 2016. In a short period of time, the 358-bed hospital has turned the corner financially. The hospital also dramatically improved its safety scores, moving from an “F” in 2016 to an “A” on Leapfrog this past fall. The hospital was also named a top 100 hospital for cardiac care by Healthgrades. 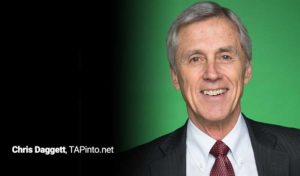 The former CEO and president of the Geraldine R. Dodge Foundation, Chris Daggett, will join TAPinto.net as an adviser. Daggett will bring over three decades of public, private and nonprofit sector leadership experience to help build on TAPinto’s success in expanding local news coverage through over 80 local franchises.

“Local news is critical to the health of our communities and our civic life. That is why TAPinto’s work is so important and exciting,” said Daggett. “TAPinto provides independent, local news coverage in over 80 communities in four states through a successful, scalable business model that can be replicated across the country.”

While consolidation and downsizing have gripped the news industry, particularly on the local level, TAPinto has been expanding, reaching 8 million readers across all 80 franchised sites in 2018. 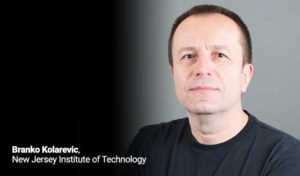 After an international search, New Jersey Institute of Technology has announced the appointment of Branko Kolarevic as dean of the College of Architecture and Design, effective July 1. Kolarevic received his Diploma Engineer of Architecture degree from the University of Belgrade in 1986 and his Master of Design Studies and Doctor of Design degrees from Harvard University in 1989 and 1993, respectively.

“Dr. Kolarevic is a leader in his field with a superb record of accomplishments in education, research and administration,” said NJIT Provost and Executive Vice President Fadi P. Deek. “Working with our faculty, and building on the strong reputation we already have, Dr. Kolarevic’s insight, stature and vision are certain to bring distinction to the College of Architecture and Design at NJIT.”

Kolarevic is an innovator, researcher and educator. He was one of the founding directors of the Laboratory for Integrative Design at the University of Calgary, where he held a chair in integrated design from 2007 to 2016. He also has served in various administrative roles in Calgary, first as associate dean and then as co-director of the Computational Design Media program. 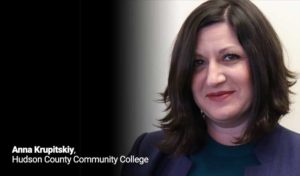 “Anna is uniquely qualified for this position,” Reber said. “More than 14 years of professional experience in higher education administration, human resources, and legal compliance provides her with a broad perspective that is critical in directing human resources best practice in the 21st century.” 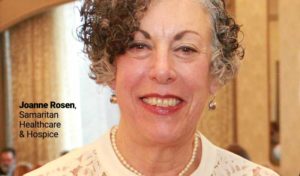 “Joanne has an enthusiasm for the sacredness and quality of life that translates effortlessly to the tireless work she does for Samaritan,” said Mary Ann Boccolini, CEO and president of Samaritan Healthcare & Hospice. “Our organization would not be where it is today without her vision, hard work and expert guidance over the past 25 years.”

Rosen joined Samaritan Healthcare & Hospice as the sole marketing staff member in 1994. She served as director of marketing before advancing to director of marketing & development in 1999. She was appointed to her current position as vice president of marketing & public affairs in 2002. In this position, she leads the organization’s strategic marketing, communications and community education programs to support the advancement of hospice and palliative care and to increase the community’s access to Samaritan’s services. 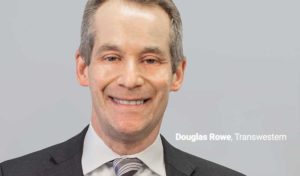 “We were extremely impressed with Doug’s success in the New Jersey market, along with his dedication to client service and excellence, which has led to many longstanding partnerships in the industry,” said James Postell, TCS partner and city leader. “We’re excited to welcome Doug to the Transwestern family and confident he will bring immediate value to our current and prospective clients.”

With a proven track record on behalf of both tenants and landlords, Rowe previously worked at American Properties Commercial. Prior to that, Rowe served at Colliers International for 16 years. Rowe is intimately familiar with the trends driving the New Jersey office and industrial markets and has worked on behalf of marquee brands including American Express, United Airlines and State Farm Insurance.

Systech, a global leader in supply chain security and brand protection, has announced the appointment of Avi Chaudhuri to the newly created position of chief scientist.

Chaudhuri assumes the new role in addition to his current position as Systech’s senior global partner, where he is responsible for spearheading Systech’s expansion in the Middle East, India and APAC.

Cook brings over 18 years of experience as a security risk management professional. Most recently, he held the role of director of information security at Datapipe, where he built global security operations from the ground up and led a multidisciplined, cross-functional security team. In addition, Cook was instrumental in the creation of the company’s enterprise-wide security program, and building a multicloud, multimillion-dollar managed security service provider business.

“Tony and Brian are both highly accomplished health care executives, and I look forward to their contributions as we continue executing on our gammaCore commercial growth plan,” said Frank Amato, CEO of electroCore. “I believe we have established a leadership team that will shepherd the company through its next phase of growth.”

Travis W. Nunziato, an experienced litigator, has joined Laddey Clark & Ryan LLP as an associate in the Firm’s Personal Injury Practice Group. Nunziato’s practice is primarily focused on automobile accidents, products and premises liability claims, and other accidents in which severe, catastrophic injuries are involved.

Nunziato is licensed to practice in both New Jersey and Connecticut. Prior to joining Laddey, Clark & Ryan, he worked for Halloran & Sage, LLP, a midsize law firm in Hartford, Connecticut; and Zirulnik, Sherlock, & DeMille, which serves as staff counsel for Selective Insurance Co. of America. Most recently, he was an associate attorney for the Law Office of Paul Grosso, where he handled personal injury, workers’ compensation, and Social Security disability matters.