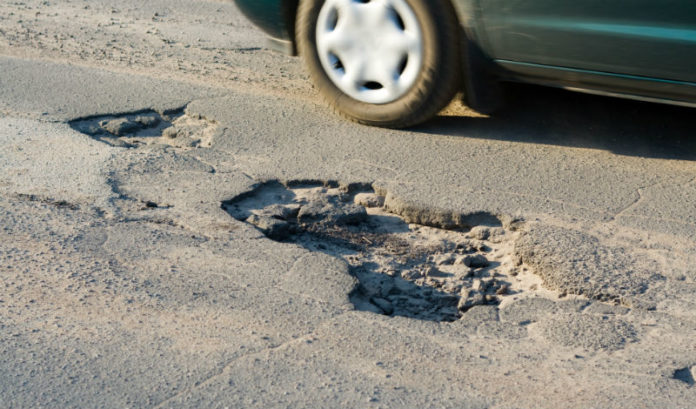 New Jersey’s road infrastructure is in need of a major overhaul, paid for preferably by federal funding, according to a new Stockton University Poll released Monday.

Nearly half said bad road conditions damaged their vehicle, with 46% saying their car got a flat tire or other damage from a pothole in the last three years. Almost one third (31%) said potholes are the greatest hazard.

When looking toward a solution to the issue, a strong majority think the leaders in Washington should do more — with 62% of respondents saying President Donald Trump is not paying attention to the condition of roads, tunnels and bridges, while 22% said he is and 15% were unsure. However, the president fared better than Congress, with 76% saying Congress was not paying enough attention, while 13% said they are and 10% were unsure.

New Jersey overwhelmingly (80%) supports the federal infrastructure bill that would spend up to $200 billion, the poll found. Only 10% were opposed and 9% were unsure. However, when asked if they would personally pay more to help finance infrastructure upgrades, 48% said no, while 45% said they would and 7% were unsure.

“New Jersey is a very high-tax state, and taxpayers already feel that they are tapped out,” Michael W. Klein, interim executive director of the Hughes Center, said. “The state’s gas tax increased over 27 cents per gallon between 2016 and 2018, and the congestion pricing plan for driving into New York City, recently approved under New York State’s new budget, will make commuting for many New Jerseyans more expensive than ever when it is implemented.”

In terms of actual funding, among those willing to pay, one-third would support higher tolls, including increased tolls on existing toll roads (21%) or creating new tolls (13%). Another 18% support a higher gas tax, while 20% would increase other taxes, like sales or income. Only 5% were in favor of more government debt.