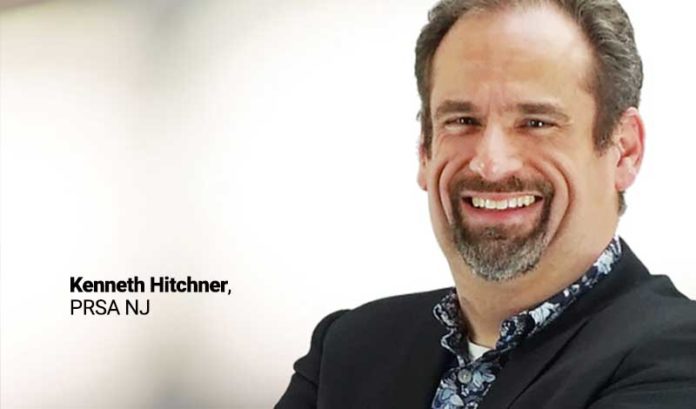 CMA, a full-service communications, marketing and association management firm, announced that the New Jersey Chapter of the Public Relations Society of America appointed its director of content strategy, Kenneth Hitchner, to the 2019 PRSA NJ board.

Hitchner, who resides in the Somerset section of Franklin Township, will serve a one-year term on the Communications Committee. In that role, he will lead PRSA NJ’s public relations and promotion initiatives. For the last four years, he has served as a volunteer judge for PRSA NJ. 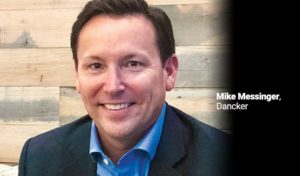 Messinger brings more than 20 years of experience in the furniture sales industry to his new position. He previously served as vice president of sales at AFD Contract Furniture Inc. He also held positions as sales representative and sales manager at Business Environments and WB Mason, respectively.

“Mike’s two decades of experience have helped him to develop a broad skillset, including strong relationships with commercial brokers, architectural firms, and project management firms. His leadership skills and his client-centric approach to each project undoubtedly will be instrumental in Dancker’s plans to enhance our sales team and grow our market share,” Bedell said. 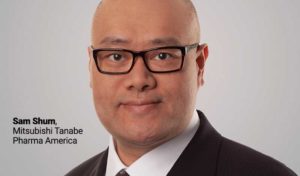 “Sam has repeatedly demonstrated a conscientious, thoughtful approach to his work and is a key contributor to the MTPA success story,” said Atsushi Fujimoto, president, MTPA. “He brings strong capabilities in the financial policy, accounting and reporting functions for our commercial business operations. Sam has always gone above and beyond, proving himself to be a collaborative leader.”

Previously senior director of financial planning and analytics for MTPA, Shum will take on the VP position previously held by Armand Famiglietti, who plans to serve as a senior strategic adviser for the organization. 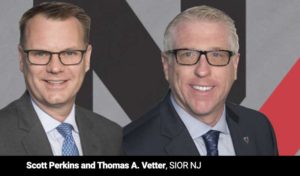 NAI James E. Hanson, a leading New Jersey-based full service commercial real estate firm, has announced that Scott Perkins and Thomas A. Vetter were recently named president and vice president of the New Jersey chapter of the Society of Industrial and Office Realtors.

Established in 1971, the Society of Industrial and Office Realtors is recognized worldwide as the leading professional commercial and industrial real estate association. The New Jersey chapter of SIOR is made up of 75 of the most knowledgeable, experienced and successful commercial real estate brokerage specialists in the state, 10 of which are NAI James E. Hanson brokers.

“I am proud to be a part of New Jersey’s dynamic brokerage community and am deeply honored to receive this prestigious role,” said Perkins. “With the increasing competitiveness of the commercial real estate market in the state, the importance of selecting SIOR designated brokers has never been higher. I look forward to leading this organization during an exciting time for the commercial real estate industry and building upon over 70 years of deep history.”

The company also expanded Brian Chin’s role as senior vice president of strategic financial planning to include the treasury function, where he had previously served as interim treasurer.

Prior to joining the firm in May 2015, Berger worked as an assistant Burlington County prosecutor for seven years, handling a myriad of criminal cases on behalf of the State of New Jersey. During her four years in the Domestic Violence Unit of the Prosecutor’s Office, Berger trained law enforcement officers in the investigation and prevention of domestic violence. She is a member of New Jersey State, Burlington County and Camden County Bar Associations and was recently appointed cochair of the Burlington County Bar Association – Family Part Section.

Commvault, a recognized global leader in the management of data for cloud and on premises environments, announced industry veteran Karen Falcone as vice president of worldwide cloud and service providers, responsible for executing Commvault’s cloud and service provider strategy. Falcone will identify opportunities for Commvault and its partners to develop joint solutions for the success of their mutual customers.

Recently honored by CRN®, a brand of The Channel Company, as one of its 100 Coolest Cloud Computing Companies of 2019, Commvault continues to strengthen its leadership team with industry talent that reinforces its commitment to partners. Reporting to Commvault’s new vice president of worldwide alliances, Wenceslao Lada, Falcone is one of several industry veterans who have recently joined Commvault to focus on partners.

“Compliance Architects has an outstanding track record of success guiding its customers through the ever-changing regulatory environment. I’m excited to be part of a company that is deploying and developing the industry’s top consultants and services,” said Grizzel.

At ERA Real Estate, Vardhan is responsible for advancing the next generation of internal products and platforms, and fostering engagement and productivity between the organization’s technology, sales, marketing, and executive leadership team. In addition to working across various departments at ERA and its parent, Realogy, Vardhan’s focus will be driving third-party integrations and engagements.