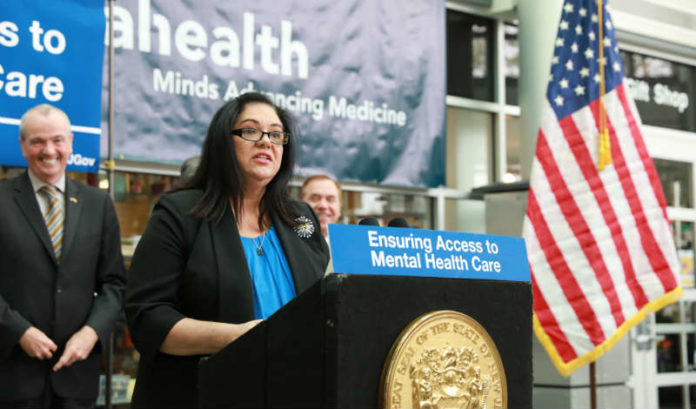 The bill, sponsored by 49 legislators, including Assembly Speaker Craig Coughlin (D-Woodbridge), Senate Minority Leader Tom Kean (R-Westfield) and Sen. Joseph Vitale (D-Woodbridge), changes how behavioral health is defined, and allows the state greater authority in enforcing the law and fining insurers who are found in violation.

“Carriers must demonstrate to the department compliance with the mental health parity laws,” she said. “Additional oversight … will provide clarity to consumers and allow the department to gain the information needed for compliance.”

Behavioral health was previously defined as “a mental or nervous condition that is caused by a biological disorder of the brain and results in a clinically significant or psychological syndrome or pattern that substantially limits the functioning of the person with the illness, including but not limited to, schizophrenia, schizoaffective disorder, major depressive disorder, bipolar disorder, paranoia and other psychotic disorders, obsessive compulsive disorder, panic disorder and pervasive developmental disorder or autism” to “procedures or services rendered by a health care provider or health care facility for the treatment of mental illness, emotional disorders, pervasive developmental disorder and autism, or drug or alcohol abuse.”

Sue Devlin, executive director at Comprehensive Behavioral Healthcare in Hackensack, said as much in a statement.

“This is the exact reason the Mental Health Parity and Addiction Equity Act of 2008 was passed, but insurance companies still have denied coverage for patients with conditions ranging from seasonal depression to bipolar disorder and schizophrenia, denying access to top-rated prescription drugs, and only paid for generic or less-proven medications,” she said.

“I know, from the 4,000 consumers we serve every year at CBH Care, how important access to therapy sessions and the proper medications — rather than the cheapest ones — can be in managing mental health disorders and preventing mental health crises.”

Murphy gave a shout-out to Kennedy at the bill signing event Thursday, and reinforced that the new law is a supplement to existing law.

“Mental health parity is … already part of our federal and state law,” he said. “For too many individuals, true parity still does not fully exist; unless we take the steps to close gaps in access, individuals with mental health issues will continue to fall through those gaps.”

That is true whether individuals have health care coverage through the federal (and eventually state-based) health care marketplace, or through their employers, Murphy said.

The New Jersey Association of Mental Health and Addiction Agencies said the governor signing the bill signaled yet another commitment to helping fight the opioid epidemic.

“The governor has shown us repeatedly how dedicated he is not only to health care for all, but specifically to fighting the opioid epidemic,” CEO and President Debra Wentz said.

“The parity law provides new standards by which to measure the success of those efforts, as well as the progress in expanding access to all mental health and substance use treatment and services.”

Caride said the department will be holding public sessions throughout the state to provide information to providers, advocates and families on how the new law will be applied.