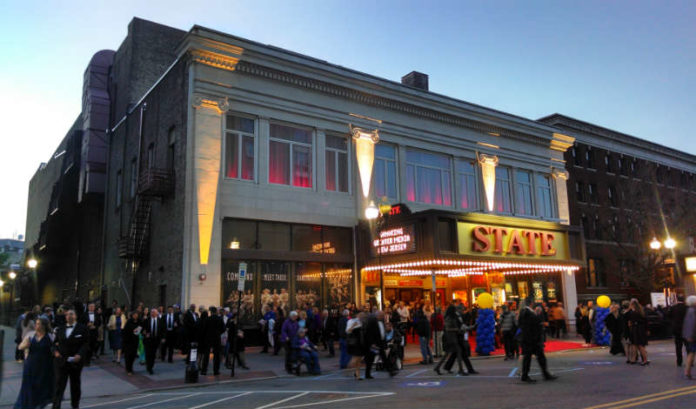 The historic State Theatre New Jersey, a magnificently renovated venue, first opened in 1921. Originally opening as “Reade’s State Theatre,” it was designed by one of the most accomplished theater architects of the day, Thomas W. Lamb, and was one of the biggest, most lavish and modern theaters in the region.

Celebrating its 98th anniversary this year, State Theatre New Jersey will host its 2019 Gala on June 1 — a landmark event like never before. This spring, guests will enter the dazzling and decadent world of the Roaring Twenties and be transported back to the beginning of State Theatre’s remarkable history nearly a century ago — when films were silent, vaudeville acts thrilled, glamorous flappers danced the Charleston and Prohibition loomed.

The night begins with the MetLife Vaudeville Cocktail Hour, where guests will experience spectacular 1920s entertainment and live music throughout the historic State Theatre building. Guests will relish cocktails from premier mixologists, sample decadent hors d’oeuvres, watch dancers and big band musicians, and even take to the stage to dance the foxtrot or Charleston.

Following the cocktail hour, guests will enjoy an exclusive and intimate performance over dinner at The Heldrich Hotel by the enthralling Grammy- and Tony Award-winning vocalist Dee Dee Bridgewater and her accompanist, Bill Charlap.

This year’s State Theatre Gala honorees include Leadership in the Arts Honoree Congressman Frank Pallone Jr. and Corporate Honoree MetLife. Both recipients will be celebrated at the June 1 Gala for their remarkable service as true advocates for the region and the important role the arts play as an economic driver in a strong and vibrant community.