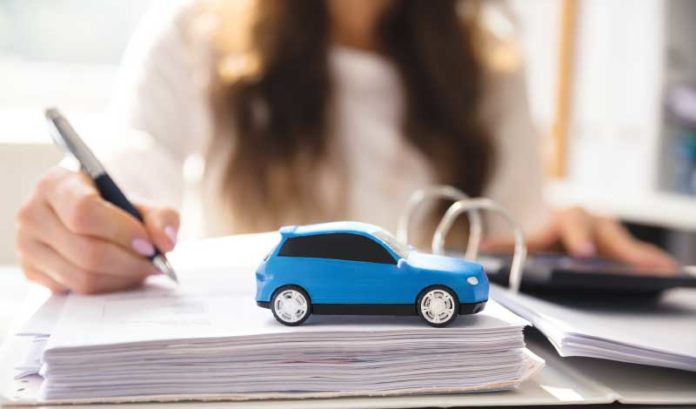 Cumbersome doesn’t begin to describe it.

“Then you have all this paperwork on hand — and there’s a cost of maintaining and tracking these titles, too,” Dawidowski said “We have to put them in a fireproof safe. The whole thing is very, very archaic. … It’s crazy.”

When a lien is created by an auto loan, a process that secures the lender’s rights as lienholder to that vehicle until a loan is repaid, it involves stacks of physical documents … or, at least, it does in New Jersey. That’s not true everywhere.

Almost half of states now spare more than a few trees using what’s called an electronic lien and title system. Credit union leaders like Dawidowski, fed up with the old way of doing things, have been calling for that to be adopted in the Garden State, too.

“I don’t see what the big issue is,” he said. “Next door, in Pennsylvania, they’ve been doing it for 10 years. We could run off the same platform and things would be a lot easier. It’s not rocket science.”

It’s a head-scratcher for Dawidowski, who regularly hears how the transfer of data between lienholders and state departments takes minutes in states that have introduced digital updates to this process.

In New Jersey, credit union leaders say it takes a day and a half of a staff person waiting in all-too-familiar DMV lines and acting as a courier for the title documents.

During former Gov. Chris Christie’s final days in office, the state did sign into law a piece of legislation that would establish an electronic lien and titling system in the Garden State that would modernize the current paperwork-based system.

It mandated that the New Jersey Motor Vehicles Commission complete a study to determine whether the department itself could create an electronic system. Many other states use a third-party software service vendor that manages these title record transfers.

More than a year later, credit unions are still waiting for the promised update.

“The commission has really been dragging their feet … and this is after it took seven or eight years to get to the point where the governor signed this,” he said. “This is something I’ve pushed for as far back as 2011. I went to (the New Jersey Credit Union League) and asked why the state is so far behind on this, because it’s very awkward to deal with.”

David Frankil, the CEO and president of the New Jersey Credit Union League, is among those hoping for progress.

Besides the extra resources required in dealing with mountainous paperwork, Frankil said having an electronic system could make it more difficult to alter or create fake documents.

“So, not only is it an efficiency issue, there’s fairly strong fraud component, as well,” he said.

Frankil cited a case from back in 2017 in which a handful of individuals allegedly forged letters from lenders stating that loans were repaid and used those letters to get car titles from the New Jersey Motor Vehicles Commission. Then the group allegedly flipped at least 25 vehicles over four years for more than half a million dollars.

The closed loop created in an electronic system would eliminate the potential for this type of fraud, according to Frankil.

For all the other issues that less paperwork could avert, such as lost documents, Frankil believes this is a no-brainer.

“This isn’t self-interested, it’d help anyone financing automobile titles in New Jersey,” he said. “For every possible reason you can think of, it’d be better for us to have an electronic system. It’s better for credit unions, for banks and it’s better for the state to not continue dealing with paper in this way.”