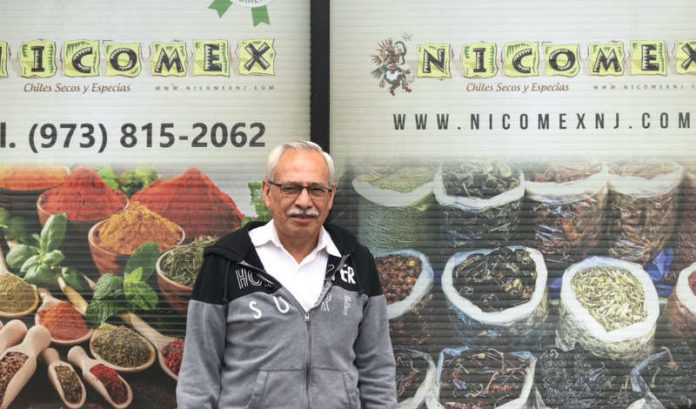 A $50,000 loan to Passaic-based Nicomex on Monday marks the first in a partnership between Jersey City-based World Business Lenders and the Statewide Hispanic Chamber of Commerce of New Jersey.

The alternative small business program is the testing ground for such a relationship, which WBL CEO Doug Naidus said will hopefully spread through Hispanic chambers throughout the country.

Nicomex owner Nicolas Aguilar said he is using the low-interest loan, at 9 percent, to pay for a new machine that can help with packaging his products more efficiently.

It will do the work of two to three people, he said.

That way he can distribute more products through Canada, Chicago and the mid-Atlantic region.

“I have been working in this (business) for 17 years,” Aguilar told ROI-NJ on Monday.

Nicomex is an example of an established minority business that would not otherwise qualify for loans from a commercial establishment, Naidus said.

Nicomex did $1 million in revenues last year, just a year after recovering from a fire that burned the business to the ground, according to SHCC Chairman Luis De La Hoz.

And its owner’s reputation and longstanding respect in the local business community made Aguilar, or “Don Nico” as he is affectionately called, a good candidate for the loan, De La Hoz said.

It’s part of the new format of lending that WBL is relying on for the new program.

Naidus told ROI-NJ on Monday that everyone has skin in the game.

WBL, for offering a loan at low interest but high cost, since capital is costly for unregulated banks like his, Naidus said.

The Hispanic chamber fund, which will include chambers from around the country, is receiving a 1 to 2 percent return for any loans approved, which creates a revenue stream but also gives it incentive to choose businesses wisely, Naidus said.

Simultaneously, the low interest rate makes it more appealing for clients, and they have the responsibility of ensuring repayment so the collective fund grows and can help support other businesses.

If the business fails or doesn’t repay the loan, it jeopardizes the reputation of the Hispanic chamber as well as depleting funding for the next loan recipient, De La Hoz said, so the pressure is on.

“The transaction right here is based on reputation,” he said. “If I choose the wrong person, the reputation will end.”

Meanwhile, the Hispanic chamber is also tasked with garnering philanthropic sponsorship to help build a “rainy day” fund. This would be used to help businesses with, for example, making a loan payment if they have a legitimate emergency or reason not to be able to make the payment for that month.

ConnectOne to acquire Bank of New Jersey in $113M deal

Now that N.J. is getting $13B in federal infrastructure money, here’s...