Home Finance Why the personnel problems at SDA could be a big problem for...
Facebook
Twitter
Linkedin 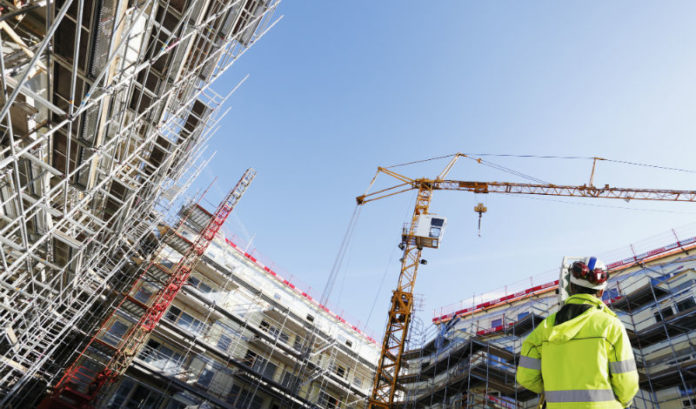 The multibillion-dollar budget of the Schools Development Authority is up for renewal for Fiscal Year 2020 amid the headlines of the alleged hiring of friends and family by current CEO Lizette Delgado-Polanco.

The turmoil is affecting an entire industry waiting on the sidelines to see how it all pans out.

The SDA supports a significant number of jobs and businesses in the state and eliminating its funding — as has been suggested — would have a serious impact on the building industry.

If the SDA is entirely defunded or folded into another agency, it could affect job prospects for some builders.

State officials have said the SDA will not just disappear even if their bonding is not reauthorized.

Two individuals who formerly worked for the Schools Development Authority and one current political operative in the state all agreed to talk about the potential impact — but only on the condition of anonymity, due to the sensitive nature of the ongoing controversy.

The issue is a sensitive one for the industry, and several calls to building and developer groups returned “no comment” replies. Several said, on background, that the issue is too political — and that the industry was waiting to see what will happen.

How this will unfold is unclear, the sources said.

One of the anonymous sources said the calls by Senate President Stephen Sweeney to fold the SDA back into the Economic Development Authority, as reported by NorthJersey.com and the USA Today network, would have no effect on the industry at all.

This is because, they said, providing capital to fund school construction in the state’s most underserved communities is a Supreme Court-mandated obligation for the state — as determined by the Abbott decisions by the Supreme Court.

Even if the SDA were to be entirely defunded, they said, the state would have to find another way to continue building schools.

“Whether you have the SDA or not, there is a multibillion dollar need within the state related to the design and construction of school facilities in the most economically challenged districts, which is why the program exists in the first place,” the source said.

“If money wasn’t an issue, there aren’t enough architects and designers and contractors to do everything at once. So, it’s also a question of managing priorities. It’s also understanding the public process.”

The source said the state could easily be funded by grants or choose another agency to continue the construction management services the SDA currently provides.

“The SDA is essentially a construction management company,” they said. “It doesn’t construct anything.”

One source said that though Sweeney has been looking to fold the SDA back into the EDA, the source felt leadership at the EDA is not likely to be able to handle the burden of the SDA’s projects, due to the internal changes and strategic shift currently going on within the EDA.

Another source pointed to the potential jobs and suggested the entity could be folded into the Department of Treasury.

“I feel bad for the employees who are left there,” the source said. “I’ve talked to a whole bunch of people over the last 30 to 45 days.

“But the people who are ultimately going to suffer are the kids in the SDA districts. Despite how it started, in the middle, for a period of 10 to 11 years, it functioned the way it was supposed to function.

The previous source agreed, adding that the last time the SDA was on a hiatus it affected a whole generation of New Jersey.

“If you think about the fact that in the high schools, it’s a four-year period, so if a high school is delayed from being delivered, when otherwise it could have, a whole generation of high school students have lost the opportunity to have a modern, effective structure,” they said.

Leadership and governance issues have been a problem at the SDA in the past — before it was rebranded as the SDA.

“If the SDA were to go out of existence tomorrow, the state is left with the requirement to provide for capital funding for the construction for what is now SDA districts,” they said. “The question to the state becomes, ‘How do they meet that rationally?’ ”