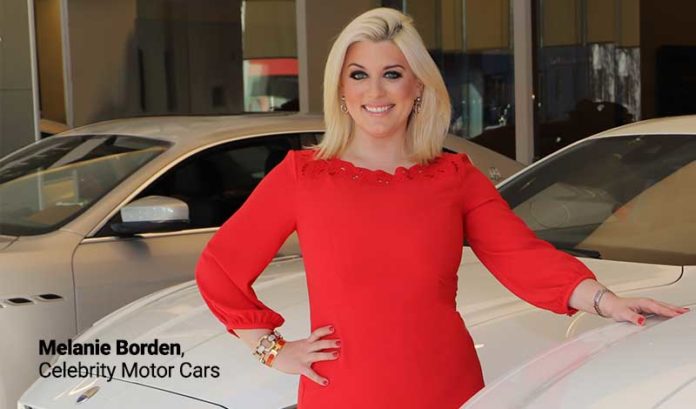 Maoli states, “Traditionally an industry that has been mostly male-dominated, I believe it’s time to include more women in senior leadership positions. …

“Ms. Borden has revolutionized our marketing department, by creating better social media coverage and better market penetration into our marketplace while saving the company millions of dollars. Sales and service at Celebrity are booming since Ms. Borden’s taken over.” 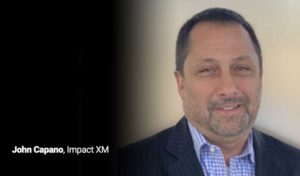 Over the course of his career, Capano has helped clients drive growth and transform their organizations through internal and external branding and marketing initiatives. John was most recently senior vice president, general manager at global experience agency GPJ, where he oversaw the Los Angeles and Dallas offices. Capano also led the North American Strategy & Planning practice at GPJ. Prior, Capano was senior vice president, digital strategy at Wunderman, one of the world’s largest digital agencies.

“John is one of those rare executives who can help transform and lead an organization, driving more value for both the company and clients. He is strategy-first and a champion of great creative — which we expect will elevate our clients’ programs to new levels of success,” said Jared Pollacco, president, Impact XM. 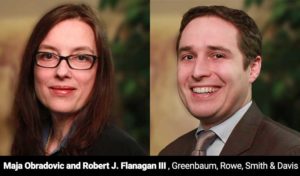 Greenbaum, Rowe, Smith & Davis LLP is pleased to announce that Robert J. Flanagan III and Maja M. Obradovic have been named partners in the firm. Both are members of the firm’s Litigation Department and are based in its Woodbridge office.

In addition, the firm announces the promotion of Jessica A. Flynn and Thomas K. Murphy III to counsel. Both are members of the Litigation Department and are based in its Woodbridge and Roseland offices, respectively.

Greenbaum, Rowe, Smith & Davis also recently welcomed the following attorneys to the firm. All are based in its Woodbridge office: 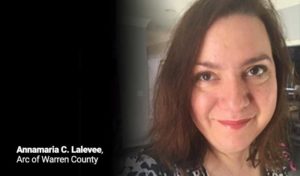 In her new role, Lalevee will manage The Arc of Warren County’s fundraising and marketing efforts and will oversee all public relations initiatives.

“I am enthusiastic to serve in this capacity for The Arc of Warren County,” said Lalevee. “It is an innovative organization that provides essential services to consumers with intellectual and developmental disabilities. There is much to look forward to at The Arc of Warren County, as we are celebrating our 65th anniversary this year. Plans are currently being put in place for our upcoming Radiothon fundraiser, which would not be possible without the support of WRNJ Radio.”

As dental manufacturer SS White celebrates its 175th anniversary; the company has positioned itself for future growth by naming SS White board member Steve Paskin president of SS White Dental.

“I’m fortunate to be joining the SS White team,” said Paskin. “As a board member over this past year, it became clear to me that the company is on the cusp of a new chapter of innovation and growth.”

“We are very fortunate to have five new trustees who embody the essence of the South Jersey community and bring years of talent and expertise to the table,” said Teddy Thomas, CEO of Ronald McDonald House of Southern New Jersey. “By accepting membership, these individuals will bring an even greater commitment to providing a ‘home-away-from-home’ to our children and families.”

The American Journal of Accountable Care is pleased to announce that Dennis P. Scanlon, previously associate editor of the Journal, is editor-in-chief as of the March 2019 issue.

Scanlon is a distinguished professor of health policy and administration and director of the Center for Health Care and Policy Research at Pennsylvania State University. He has been the associate editor of AJAC since 2015.

Nymox Pharmaceutical Corp. is pleased to announce that Mark Staples has joined Nymox as vice president for chemistry, manufacturing and controls. Staples is an expert in the field of biopharmaceutical CMC and will be Nymox’s VP in charge of these activities.

During his career, Staples has led innovative pharmaceutical development teams, supervised successful CMC modules of regulatory filings for drugs and biologics, managed technology transfer to production facilities, and functioned in upper management in a variety of senior positions. Staples held senior positions with highly successful biopharmaceutical companies such as Biogen and other well-known corporations. He has extensive business knowledge and experience in manufacturing, project management, and regulatory matters in the biopharmaceutical sector. Marquis Who’s Who presented Staples with the Albert Nelson Marquis Lifetime Achievement Award in 2018. Staples earned his Ph.D. in chemistry from the University of Kansas, and did post-doctoral work at Harvard Medical School.

Dr. Su Wang, medical director, The Center for Asian Health at Saint Barnabas Medical Center, a RWJBarnabas Health Medical Group provider located in Florham Park, has been appointed president-elect for the World Hepatitis Alliance. WHA’s executive board consists of members from across the world, including the six world regions of Africa, the Americas, Eastern Mediterranean, Europe, South East Asia and Western Pacific, bringing extensive experience and expertise to the alliance, and Wang has served on the executive board of the WHA since 2014 as a regional representative for the PAHO (Americas) region.

As president-elect, she will shadow current President Michael Ninburg until January 2020, when she will take up the role of president. Wang will lead the organization in being a voice for those living with hepatitis, and continue to drive policy and advocacy towards the global goal of viral hepatitis elimination by 2030, as adopted by the World Health Organization in 2016.