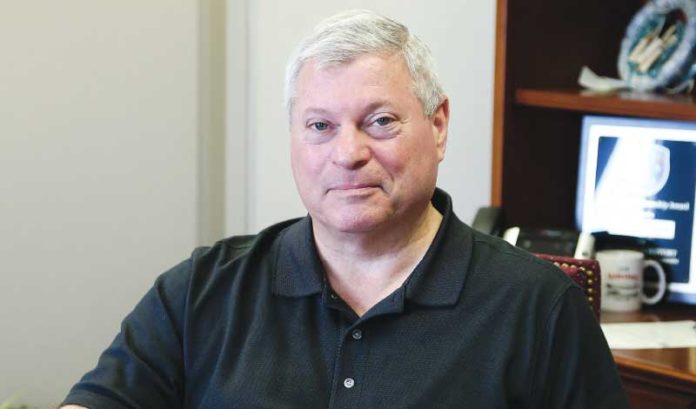 If you walk through a credit union’s doors, you’re going to be impressed by its laser-focused community commitment — David Frankil couldn’t be convinced otherwise.

But, facing facts, the CEO and president of the New Jersey Credit Union League has to admit that not a lot of businesses have walked through those doors.

“One of the things I found when I got here (almost three years ago) is 80 percent of members weren’t doing business loans at all,” he said. “That’s a sizable amount.”

The option to work with businesses is sealed off for a good many of these nonprofit institutions. Frankil said that’s because of the infrastructure needed — between compliance, underwriting and the overall gestalt of resources that have to come together for doing commercial lending in the way that most regional banks do.

“Unless you’ve got significant opportunities for deal flow, it comes down to economics,” he said. “For smaller credit unions across the state, there isn’t enough potential opportunity given the cost of that infrastructure.”

Yet there are some credit unions — and Frankil has been working through different avenues to ensure they’ll be more — that have seen fit to do business loans, even if it’s a tricky proposition.

Feigenbaum, CEO and president of the organization, said that, without the resources of banks — particularly the widespread megabanks that fill the Garden State — getting into commercial lending isn’t easy.

“It’s certainly very costly to get into it,” he said. “As a credit union, you don’t have people walking in asking for these loans. You have to get out there and find people with the need, on top of needing the expertise of people who know how to do commercial lending.”

The credit union does small loans, primarily to clients in the real estate sector, that big banks might not view as cost-effective, Feigenbaum said. That smaller scale loan is the niche that credit unions often fit, for those that have taken up this lending activity.

For Advanced Financial FCU, having this loan profile is a boon in sustaining other services.

“Here at the credit union, we want to take care of members and keep savings rates as high as possible,” Feigenbaum said. “Our foray into commercial lending lets us do that. It’s a line of income production that keeps our services on a less costly basis. Our intention is to keep free checking even as people are moving away from that.”

Advanced Financial FCU has a demand for loans. Frankil indicated that a lot of credit unions struggle to ever experience that sort of demand.

But, for those that do see demand, but perhaps don’t see the potential for tangible ROI, Frankil has a solution. It’s a program, called njBIZloan Connection, that provides New Jersey businesses and other organizations with more streamlined access to credit unions across the state.

The program gives credit unions that might not have all the tools in place to handle a full loan or the ability to do commercial participation loans in which they secure pieces of a loan.

“So, it’s helpful no matter where you are in the spectrum,” Frankil said. “You also may not be doing loans of this type at all, but if you see opportunities, you can toss them over the fence and get a referral fee.”

Between its inception and today, $60 million of business loans have moved through this program’s pipeline and at least $8 million are in underwriting or already funded.

Why is it important that more credit unions get on board with business lending? Frankil said it rests on the difference between these institutions and banks.

“Credit unions have a different philosophy and ethos,” he said. “We’re about people helping people. That’s not to say banks don’t serve a viable role as well, but, when you’re working with a credit union, there’s a personal touch you won’t see elsewhere.”

Feigenbaum spoke to that as well, providing an example of this in a business loan handled by his credit union.

“There was a small delicatessen restaurant that, when their (air conditioning) units went out, needed an answer on a loan for a new system fast,” Feigenbaum said. “We can act quickly. We’re small and local. We don’t have to wait for an answer from somewhere else. The decision-makers are right here.”

If a loan needs board of director approval, he added, that doesn’t slow the process down because of how local and responsive those individuals are.

Frankil believes that’s true across all the state’s credit unions.

“These aren’t shareholders on Wall Street … they aren’t even paid as bank board members are,” he said. “They’re doing it because they’re hyperfocused on communities they serve. The important thing is that, when it comes to commercial loans, people know we’re open for business.”

Reach David Frankil of the New Jersey Credit Union League at: dfrankil@njcul.org or 800-792-8861.