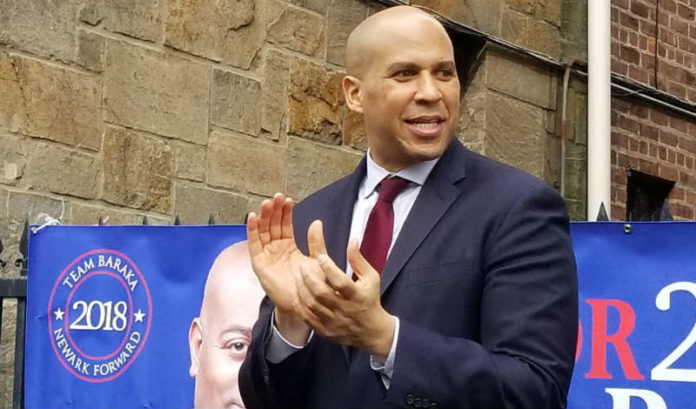 In a field of diverse presidential candidates — and potential candidates — a new Monmouth University Poll found factors like race and gender may not matter to Democratic voters, and that could be bad news for U.S. Sen. Cory Booker of New Jersey, among others.

In the survey of more than 800 adults, conducted earlier in April, 87% of those polled said race is not a factor for them in choosing a candidate to challenge Republican President Donald Trump. And 77% said gender also is not a factor, three years after Hillary Clinton, the first major-party presidential candidate, was defeated by Trump.

“This is the most diverse field of presidential candidates in history, but that doesn’t seem to be a major consideration for Democratic voters at this early stage of the campaign,” Patrick Murray, director of the independent Monmouth University Polling Institute, said in a prepared statement. “It’s probably a large reason why a couple of old white guys are leading the pack right now.”

Among 24 announced or potential Democratic candidates, former Vice President Joe Biden led the poll with 27% support, in line with other recent polls, despite not having officially entered the race. Sen. Bernie Sanders of Vermont was second at 20%, although that was down from 25% in the most recent previous poll.

The big gainer in the April poll was South Bend, Indiana, Mayor Pete Buttigieg, who jumped from less than 1% support in the previous poll to 8% in the latest one. Several other candidates in the second tier lost support, including Booker, who fell to 2% backing from 5% in March’s poll and 4% in February’s. That put him in seventh place overall, trailing Sens. Kamala Harris and Elizabeth Warren as well as former U.S. Rep. Beto O’Rourke. Former Colorado Gov. John Hickenlooper also polled at 2%.

Booker’s net favorability rating also slipped, to +24 percentage points from +31 in March and +33 in February, despite his favorable opinion number ticking up to 56% from 55% in the two prior polls. The favorability ranking was high, however, as he finished fifth behind Biden, Sanders, Warren and Harris.

Monmouth pointed out that the number of undecided voters rose overall, to 14% from 8% in the prior poll.

“National primary polls have limited utility at this stage of the game,” Murray said. “They give us a sense of who is breaking through the media noise, but the vast majority of the voters we poll nationally are not paying attention and in fact will never have the opportunity to winnow down the field at the ballot box.”

New tax on health insurance is bad idea when businesses are...