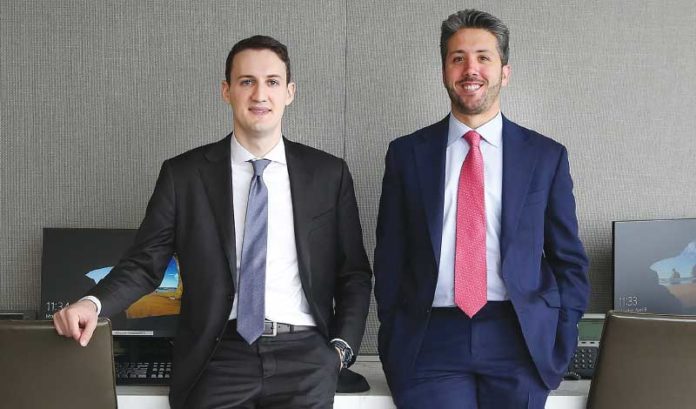 After trading a comfy Wall Street job for a chance to ride the cryptocurrency wave, Chris Matta found himself in the Garden State.

To him, there’s no better place to wash ashore if you’re in the business of blockchain or digital currency.

In fact, Matta, one of the co-founders of Crescent Crypto Asset Management, a cryptocurrency-based hedge fund, said New Jersey as a whole has become a popular retreat for folks across the Hudson River, due to its friendlier treatment of this cutting-edge sector.

He’s hoping it stays that way.

“(But) right now, every state, including New Jersey, is looking to put more guidelines in place as far as how this industry works,” he said. “With an understanding that there needs to be consumer protections, we don’t want to stifle innovation, especially as we’ve been working to build on the flow of companies coming from New York.”

In order to convince Trenton’s lawmakers to encourage the growth of businesses in this industry — both homegrown and those fleeing states with rigid regulatory structures — Matta and others in the industry are banding together to create a first-of-its-kind group called the Blockchain Association of New Jersey.

Matta’s cryptocurrency company is based in Jersey City; the association he’s now part of will be based there, as well. Its mission is to represent the state’s players in an industry that’s becoming more relevant all the time, Matta said.

“There have been a number of organizations like this popping up, including a handful at the federal level,” he added. “Now that blockchain and cryptocurrency is getting more established, it’s really turning into a formalized sector.”

That higher-profile status attained by blockchain, the advanced record-keeping technology behind digital currencies such as bitcoin, has brought increased scrutiny.

Even if it’s not the easiest technology to understand, it’s no longer a what-if. There are more than enough companies involved in it to call it a sector, and more than a few lawmakers calling for it to be subject to heightened oversight.

Federal regulators have already been giving it a careful glance, putting an end — to some extent — to the more nefarious uses for the difficult-to-trace cryptocurrency.

And some states, like neighboring New York, have established strict regulations to deter money laundering and fraud, including capitalization, consumer protection and cybersecurity requirements. Not all the companies applying to this licensing framework have been found to be in compliance with it.

“There have been some challenges for a lot of folks there, especially small companies,” Matta said. “It can take several months and significant resources to comply with what’s required there. So, New Jersey has become a home for a lot of this industry’s companies.”

Other states, such as Wyoming, have formed coalitions and crafted policies to try to attract these emerging tech startups.

Guillermo Artiles, a leader of McCarter & English’s government affairs practice who spent a year as associate counsel to Gov. Phil Murphy, said New Jersey is starting to move closer to enacting its own set of rules.

“So, the association’s goal before anything gets to Gov. Murphy’s desk is to be by the side of industry every step of the way, making sure we have a healthy piece of legislation,” he said.

Artiles, who will have a key role in the new association, keeps close tabs on the sector due to the amount of cryptocurrency and blockchain companies his firm works with.

The idea for a coalition between those in this sector was born out of Assemblywoman Yvonne Lopez (D-Perth Amboy) contacting him about opportunities to connect with the local blockchain and digital currency industry. This followed some issues surrounding a bitcoin-dispensing ATM in Perth Amboy, in Lopez’s district.

“Now we’re working with the assemblywoman through this association to help create a regulatory framework whereby the state allows young, innovative companies like Crescent Crypto to grow all over the state while also stamping out the bad actors,” Artiles said.

Those with businesses connected to these novel technologies are eager to ensure there are protections against questionable activities for the sake of the industry’s legitimacy, Artiles added — something echoed by Matta. As a new industry, image is important.

The way they see it, everyone is on the same page.

“From a legislator’s perspective, what we hear in New Jersey that that legislators want to protect our consumers but also not burden these companies growing here,” Artiles said. “There are instances of wrongdoing in the marketplace that (Lopez) is trying to correct for. It’s no easy feat. But we’ve got enough horsepower on our side — and we think she does, too — to get this done the right way.”

Artiles said everyone also agrees that the industry has an exciting future — one in New Jersey.

“It’s a disruptor and a game-changer,” he said. “The governor talks often about the innovation economy. We think cryptocurrency and blockchain fits right in the middle of that economy.”