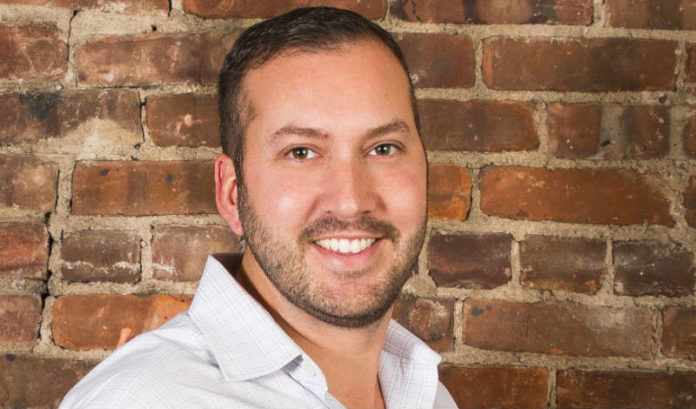 Explaining that it takes a decade and millions of dollars to bring a drug to market doesn’t evoke sympathy from an irate public.

Explaining how drugs save lives does.

The stories of how those drugs have saved lives, targeting whom they are meant for through advertising and discussing the value proposition in relation to a patient’s life are some of the ways OptiBrand Rx is helping the industry change its messaging to a value proposition approach.

“We’ve doubled the size of our business in the last year and a half,” he said.

Payor and insurance companies have the pertinent information — the costs of each disease or problem — and weighing that overall cost with the cost of the new medication is where the value proposition comes from.

The strategy of educating clients and honing in on a message — rather than hoping for mass-market success — has been a successful service line the company began offering in 2012.

“We found out very quickly people valued our thinking quite a bit,” Cirigliano said.

The company does about $20 million in revenues annually and has grown from just two to 40 employees.

It has projected another 30% growth this year — but Cirigliano said the company already is on pace to beat that expectation.

The company has figured out how to bridge the gap between the scientists who create the drugs and the business minds who run the pharma companies and focus on selling and mass-producing it.

“A lot of these pharma companies, they’re scientists,” Cirigliano said. “They’ve invented these drugs, they’ve dedicated their lives to bringing them to market, so they’re not communicators, necessarily.”

Which is why there isn’t enough education around the products and who they are best for, Cirigiliano said.

“That’s what we help do,” he said. “We help make sure it’s clear to physicians, clear to patients … even pharmacists and payors.”

The pressure on the pharma industry due to a public outcry over rising drug costs, paired with the spotlight on sales and advertising from court cases over the opioid crisis, also has changed the spending habits of the drug companies, Cirigliano said.

Cirigliano said the biggest thing is that pharma has backed off spending on ads and promotion, and is spending more time on communicating how to use products better.

“It’s a big change,” he said. “The old days of merchandising and acting more as a traditional consumer goods company has stopped.”

In addition, the science has improved.

Drugs are more efficacious and have fewer side effects, and are able to target specific diseases, Cirigliano said.

This means that they are successful in keeping people alive longer, which increases their value, which is why costs go up, he said.

The goal is to show the value proposition, the end benefit for the patient and the cost savings, Cirigliano said.

“There’s always going to be some individualities to taking medication,” Cirigliano said.

That includes patients who are noncompliant. If a patient doesn’t feel the symptoms, they may stop taking medication, and that could complicate matters and land them in a hospital — which then increases their cost of care, he said.

One thing OptiBrand can’t do is figure out how patients can access cheaper drugs.

The problem, in Cirigliano’s opinion, is that cheaper drugs will be less effective than the brand-name drugs, so the patient will get what they pay for.

“We’re not an education company, we’re not out there to educate the general public,” he said.

“It’s really our job to help the pharmaceutical companies with what is the market perception, what are the things they’re going to have to consider when telling the story about their products.”

The company also focuses on over-the-counter drugs, which pose their own problems.

“The challenge is people are more educated, there’s a lot more information available thanks to the internet — (and) not all of it is good information,” he said. “So, trying to educate people is less physician- or practitioner-oriented, it’s a little more weighted towards consumers.

“So, how do you talk to consumers so they understand the different options and they can make a more educated decision? You have to make sure you’re clear and you have to be honest. If you fool somebody once and they use your product and they don’t have a good experience with it, they’re never going to buy it again.

But the company hasn’t always been focused on pharmaceuticals; it has also had clients in the consumer brand space. A look at its website reveals an expansive list of top brands such as Starbucks, M&Ms, McDonald’s, Burger King, GM, Mercedes-Benz and Gerber.

“It’s a small part of our business, but it’s something we get requests (for) and it’s good to have diversity,” he said.

The company moved its global headquarters from New York City to Montclair in 2009, after which it has opened satellite offices in Florida and Quebec, along with NYC.

“Most of our big clients are here in New Jersey,” Cirigliano said. “Obviously, it’s a pharma hotbed. Also, a lot of the companies headquartered in New York had left.”

Being outside of New Jersey is important, too.

“A lot of that is the research, we do a lot of global work, so we have a presence in Montreal and Europe … we do a lot of work out of Switzerland,” Cirigliano said.

Cirigliano said the company also is hoping to expand to the Midwest and West Coast, and sees the pharmaceutical industry as the place to be.

“We’re not here to make sure our clients make the most money, we are here to make sure the patients benefit from the product properly,” he said. “When that happens, everyone wins, including the pharma companies.

“That’s been the change over the years is recognizing the fact that being clear and specific about using the product is much more beneficial than traditional marketing methods of blasting it out.”