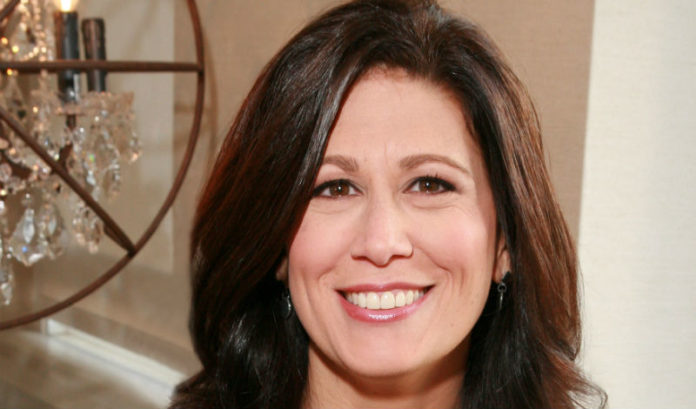 Michelle Tillis Lederman worked as a finance executive for more than a decade before she found her true calling, she said.

“I was frustrated by the lack of clear communication, feedback and effective leadership,” she said.

The working mother of two decided to make that her life’s work — and, as founder and CEO of Executive Essentials, a communications and leadership coaching firm in South Orange, was named a Top 25 Networking Professional by Forbes Magazine.

She also became a best-selling author, with the recent release of her fourth book — “The Connector’s Advantage: 7 Mindsets to Grow Your Influence and Impact” — further strengthening her business.

“Whether it be a job, a promotion, a sale or even your own happiness and health, you will see better results much faster and easier when you are a connector,” Lederman said.

Lederman said she did everything from audits and mergers and acquisitions to working on the trading floor and in venture capital during her time in finance.

“But, as the rare woman in a male-dominated industry, I often was told I could not wear pants or red nail polish,” she said. “Then, when I managed money for a bank, people would pitch to me and I’d be thinking, ‘This is not how you get me to say yes. Can I teach you how to pitch to me so that I can give you money?’ 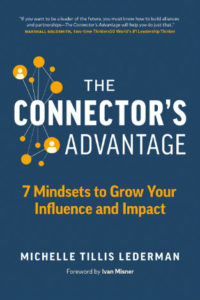 “Every single hedge fund that tried to get us to invest were doing the same things wrong and not really understanding what was important to us as investors. That’s where I started to see the need.”

Lederman said she then took the opportunity to help train and transition a finance team in Tokyo to work with her boss, a CEO from the U.S.

“I brought a coach with me and did everything she did — and then realized, oh, this is what I should be doing!” she said.

Lederman began incorporating this work into her career, as well as accepting consulting jobs on the side.

“I was still working full-time in finance until 2005, when I became pregnant with my first child — but I’ve been on my own ever since,” she said.

As the founder and CEO of Executive Essentials, Lederman employs a team of nearly three dozen contractors to help her engage teams, develop new business, achieve faster results and strengthen brands for clients.

“I work with an amazing community of brilliant minds who are also looking for some sort of flexibility,” she said. “We teach all the soft skills that are actually quite hard — and are the differentiators between average and star performers, or good and great leaders.”

One such program, which can be customized to be taught within an hour or developed over two days, focuses on Relationship Driven Leaders.

“We can increase employee retention, engagement, motivation, productivity and the bottom line by shifting mindsets and creating connected cultures within organizations,” Lederman said.

Lederman and her team have worked with clients such as Madison Square Garden, Celgene, New Jersey Manufacturers, Bristol-Myers Squibb, Johnson & Johnson, MetLife and Rutgers University, to name a few.

And her expertise also has led her to create her own brand as an author and international public speaker, writing books such as “The 11 Laws of Likability: Relationship Networking,” “Nail the Interview, Land the Job” and “Heroes Get Hired,” or how to use one’s military experience to reenter the workforce.

“Relationship building is critical to the success of brands and businesses,” she said.

The statistics are clear, Lederman added, with 85 percent of jobs happening through connections with people an employee knows and people being four times more likely to buy a service or product when referred by a friend.

But, to be a successful connector, one must be open and accepting; trusting; social and curious; conscientious; have a clear vision; have a generous spirit; and believe in abundance.

The last mindset often can be the most challenging, Lederman said.

“We often come from a place of scarcity, making decisions based on fear and protectiveness — but there is enough for all,” she said.

The other challenge, Lederman said, is having a clear vision.

“When people network, two things often happen: either they are only networking when they have a need, and ignoring their network otherwise, or when they do have a need, they forget to ask for it,” she said. “If you are not clear on what your next objective is, when people are willing to help you, you will not have an advantage.”

A certified Women Business Enterprise, Lederman said, her company already has a contract with the state of New York.

“But we’d love a contract with the state of New Jersey!”