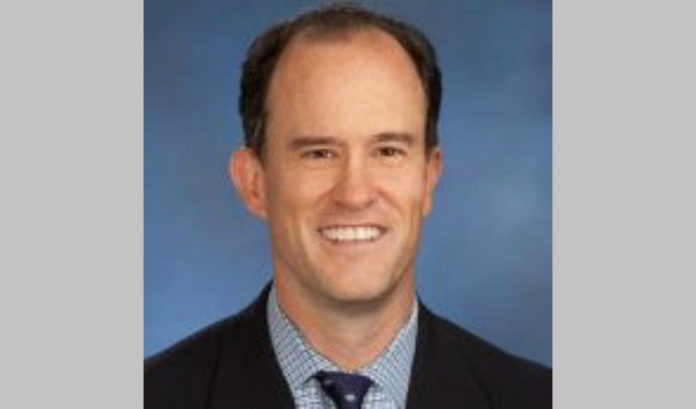 (Editor’s Note: This report was updated Friday morning after the official statement from the Governor’s Office.)

Kevin Quinn, the founder of the Genki Advisory investment firm and, like Murphy, a former Goldman Sachs executive, was named to replace Laurence Downes in the role Friday morning.

Two administration officials had earlier confirmed the appointment to ROI-NJ. The news was first reported Friday morning by NJ.com.

One administration official, who could only speak on background because they were not authorized to speak publicly, said Murphy and Quinn knew each other at Goldman Sachs.

The official also said Quinn is a Trenton outsider, which is sorely needed at the EDA.

Murphy asked Downes to resign in the wake of an audit of EDA tax incentive programs, and the New Jersey Resources CEO did so — although four other members of the board appointed by Gov. Chris Christie have not.

Morale at the agency has been low due to the Office of the State Comptroller’s audit, which highlighted old problems of accountability at the EDA, one ROI-NJ source said.

“Reclaiming New Jersey’s status as an economic power requires a strong and focused EDA that will work tirelessly to implement the policies our economy needs to grow,” Murphy said in a prepared statement. “Economic development is much more than providing tax incentives to a few big corporations, and requires investing in our diverse people, ideas and businesses. With Kevin’s wealth of experience, I am confident that he will be able to advance our vision for a new economy in which companies flourish and workers prosper.”

Quinn founded his Short Hills firm in 2013 after spending more than 20 years at Goldman Sachs, from 1991 to 2012, including serving in multiple leadership roles working with high-tech companies in the investment banking division.

“I’m honored to be appointed by Gov. Murphy as the new chairman of the New Jersey Economic Development Authority,” he said in a statement. “It is clear that the Economic Development Authority is in dire need of reform, and I am committed to realizing Gov. Murphy’s vision of a stronger and fairer economy, and rebuilding our economy from the middle class outward. I am excited to take on this new challenge and bring my experience to the agency during this critical juncture.”

EDA CEO Tim Sullivan, a Murphy appointee, added: “Under Gov. Murphy’s leadership, the EDA is working to reclaim New Jersey’s leadership position in the innovation economy, and Kevin’s experience and expertise will be invaluable in pursuing that critical goal. I’m thrilled Gov. Murphy has chosen him to chair the EDA board and am looking forward to working with him to advance the governor’s economic development agenda.”

The appointment does not need legislative approval. The EDA’s board includes eight public members, with four named by the governor, two recommended by the Senate president and two by the Assembly speaker. Another five are members of the administration, with alternate public members and nonvoting members. The board currently has several vacancies.

NJCPA offers 7 tips for giving to Ukraine — and avoiding...

Murphy on possibility of a lockdown: ‘I don’t see it’