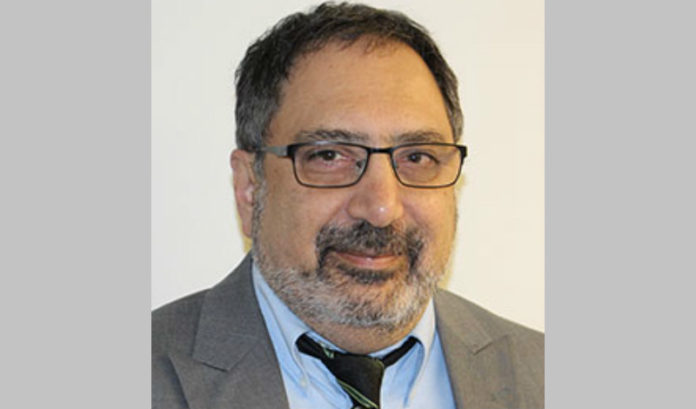 John Froonjian, a longtime journalist and manager of the Stockton Polling Institute, has been named interim executive director of the William J. Hughes Center for Public Policy at Stockton University, the college announced Monday.

He became the founding manager of the polling institute in September 2012, and has been a researcher at the Hughes Center since 2011, as well as an adjunct professor of journalism.

“John’s polls have represented the views of New Jersey residents on topics of vital interest in the state,” Stockton President Harvey Kesselman said in a prepared statement. “His broad knowledge of South Jersey issues and politics will enhance the mission and reach of the Hughes Center in the region and the state.”

Froonjian spent 32 years with the Press of Atlantic City newspaper, including covering the State House and serving as an investigative reporter and city editor. He said he hopes to expand the center’s civic engagement activities through panel discussions, candidate debates and more.

“We find inspiration in the record of former Congressman and Ambassador Bill Hughes,” he said in a statement. “He was a national leader on the environment, coastal issues, criminal justice, law, economic development, transportation and so much more. These issues remain vitally important to New Jersey.”

Froonjian has a master’s degree from Rutgers University-Camden and is scheduled to receive his doctorate from Stockton this May.