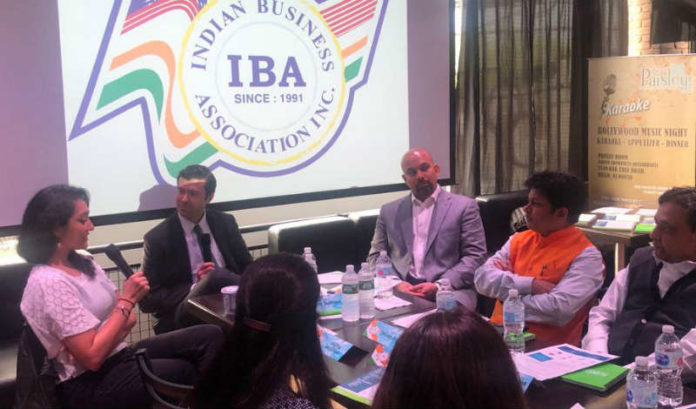 Gov. Phil Murphy could join the Economic Development Authority and Choose New Jersey for an economic trip to India this fall, following a similar outline of the trip last year to Germany and Israel.

EDA CEO Tim Sullivan, joined by EDA Office of International Trade and Investment Director Wesley Mathews, revealed plans for the trip at a roundtable event hosted by the Indian Business Association on Friday in Iselin.

“There’s nobody better positioned than New Jersey to benefit from the maturation of India’s economy and, as it begins to export more and its homegrown companies look for a U.S. presence, this should be a natural home for a disproportionate share of those companies,” Sullivan said.

“India is already the No. 4 trading partner with New Jersey as we sit here right now, and we think that number can and will grow — particularly in areas such as pharmaceuticals and life sciences, technology and IT broadly, and also manufacturing.”

Sullivan said that, while many Indian generic pharmaceutical companies already have expanded their presence in the state, there are more non-generic companies growing in the country that could look to New Jersey, where the state has an advantage of a significant Indian population.

“We’ll get some of that because of the natural cultural ties that exist here … but we think we can get more of our fair share if we work at it,” he said.

Sullivan and Mathews also discussed the EDA’s focus on small businesses and tackling the access-to-capital problem that is familiar in immigrant small business communities. The EDA has been hosting a number of similar roundtables at a variety of business chambers around the state, Sullivan said.

And part of growing the small business and innovation sectors in the state includes the outreach overseas, he said.

“We are starting to get out there and put our foot on the ground there,” she said.

The goal is to create a dialogue with educational institutions and possible open the door for collaborations, as well as build relationships with trade organizations.

“To make sure that we have a connection for both New Jersey and India to grow businesses and have an ecosystem for Indian businesses,” Pilliere said.

Mathews said India’s ties to the U.S. have been strong and remained unchanged, regardless of which party has been in the White House.

But New Jersey has not had a similarly strong relationship at the state government level.

“Now, every decently-sized city in America has an Indian community and a population,” Mathews said, adding there are also now politicians of Indian descent.

“We are also now becoming a wealthier diaspora group that is the cement under the relationship.”

And, while the relationship has relied largely on the people-to-people ties in the state, the governor is anxious to do more, Mathews said.

“It’s really surprising, but I believe that’s the case. Gov. Murphy is very excited to get to India. He wants a robust trip, all around the country.”