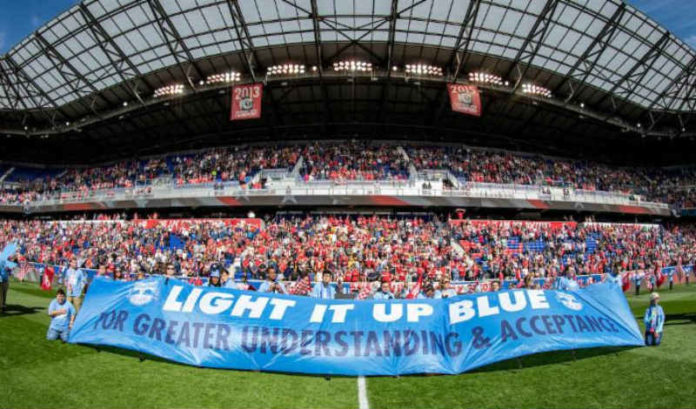 The New York Red Bulls have found a new way to support a cause near and dear to the soccer club, establishing the de Grandpre Family Grant for Autism Programs as part of their ongoing efforts to spread autism awareness.

The grant will be awarded annually in April, which is Autism Awareness Month nationwide, with the amount varying each year. The recipient will be an organization whose work impacts families of loved ones on the autism spectrum, the team said in a news release.

“The de Grandpre family’s unrelenting commitment to autism awareness has not only impacted our organization, but the entire community throughout the years,” Christina Giunta Quarino, senior director, field marketing and community relations, said in a prepared statement. “Marc, Kim, (son) Tyler and Julia de Grandpre continue to serve as passionate and vocal advocates in helping families of loved ones on the autism spectrum.

“We are extremely proud that this annual grant will live in the de Grandpre family name and continue to make a difference for many years to come.”

The grant’s inaugural recipient is Kinderdance, a Staten Island, New York, program that runs dance classes for children with autism.

In addition to the annual Autism Awareness Night — when a portion of every ticket purchased is donated to the Autism Speaks organization — and the new grant, the Red Bulls’ autism awareness efforts include a permanent Sensory Room inside Red Bull Arena, which can be used free of charge during all home matches by families affected by autism.

Don’t worry, we taxidermied the watermelon, not the baby: How improv...