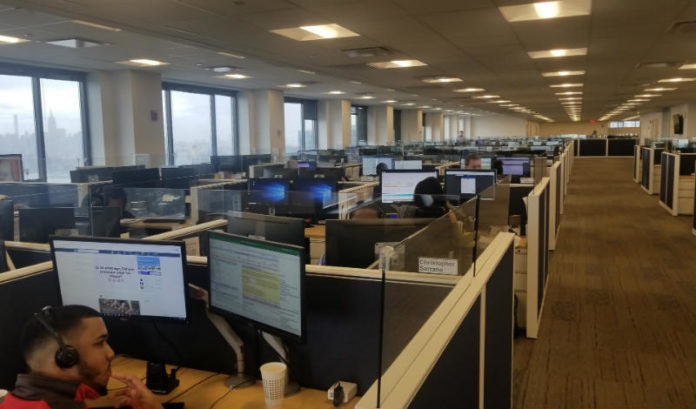 World Business Lenders recently made a splash in the New Jersey business sphere by aggressively pursuing legislation to govern its operations and creating a partnership with the Statewide Hispanic Chamber of Commerce of New Jersey to help minority small businesses overcome obstacles of access to capital.

But, on Thursday in Newark, WBL made headlines for a different reason: A former employee said the company used false information to obtain and then sell a Grow New Jersey tax credit — which rewards companies for creating and retaining jobs in New Jersey with tax credits ranging from $500 to $5,000 per job.

In her testimony at the second EDA Task Force hearing, Kerrie-Ann Murray said her company made a sudden move from New York City to Jersey City in 2016, and hired and fired about 80 people just to meet the requirements of the Grow NJ tax credit it was awarded for its move.

WBL, in a statement provided to ROI-NJ, vehemently denied Murray’s allegations, saying they came from a disgruntled former employee.

“Before today, World Business Lenders conveyed to the Task Force on the Economic Development Authority‘s tax incentives that there were numerous and serious reasons to believe Kerrie-Ann Murray would not testify truthfully,” the statement said.

“We are bitterly disappointed that the task force has, nevertheless, allowed Kerrie-Ann Murray to provide her biased and unreliable testimony without also allowing World Business Lenders the opportunity to have a witness testify. Kerrie-Ann Murray is a disgruntled former employee of WBL.”

When it was located in New York, WBL had 80 employees, and needed to hire 100 to 125 more in a two-month timespan, between May and July 2016, after the staff knew it was moving to Jersey City.

Murray said staff were instructed to create a relationship with the New Jersey Department of Labor & Workforce Development to fill the positions, and in that process also benefitted from DOL incentive programs to encourage hiring of individuals on welfare, who live in specific zones, or are veterans, and the company was also reimbursed for half of the hourly wage per employee it hired from a certain pool of unemployed individuals.

WBL then hired the more than 100 people, paid them $10 per hour and created a new department to cold-call small businesses to see if they were interested in and qualified for a loan.

“It wasn’t a role or positions that the company previously used,” Murray said.

If an employee didn’t meet the full-time hours, managers were asked for reasons. If no reason was provided, Murray said, the company would backfill the hours as paid time off, or PTO.

That went on for about six months, and, in January 2017, the entire department was eliminated.

When employees who were left asked why, they were told it was because the tax credit had been sold.

In a recent interview with ROI-NJ, WBL CEO Doug Naidus said there is a cold-calling department whose operations matched those described by Murray.

The statement also addressed the tax credit being sold, and the rehiring of the cold-calling department.

“In accordance with the Economic Opportunity Act, WBL voluntarily sold (and was not forced to sell) its tax credit for 2016,” according to the statement.

“Under the Act, this is a permissible practice employed by many companies across the state. The reasons for WBL’s decrease in payroll in 2017 is one that would be familiar to anyone who follows industry trends. In the second half of 2016, the fintech credit bubble began to deflate, which led to downsizing across the industry. WBL was forced to reduce its payroll count the following year, even as many of our competitors went out of business altogether. Since then, our industry has recovered and we have begun to hire again.”

But Murray also told the task force Thursday that other falsified information was used to boost the jobs numbers, such as keeping an employee on the payroll even though they had already been terminated while in New York, and the severance pay was kept on the books, just to help maintain the needed number of employees for the grant.

From July to December 2016, Murray said, staff were instructed to, despite constant turnover, maintain a minimum of 225 employees.

The statement from WBL does not address this claim. Instead, it claims Murray was responsible for falsifying information.

“During 2016, Ms. Murray reported incorrect employee headcount information to WBL’s chief financial officer, which was intended to be sent to the Economic Development Authority,” the statement said.

“Ms. Murray proceeded to argue her incorrect data was, in fact, correct despite being proven wrong by management employees. In the end, the numbers submitted to EDA for 2016 exactly match the payroll numbers from ADP, the company’s payroll provider. This well-documented data is clear, transparent and unimpeachable.”