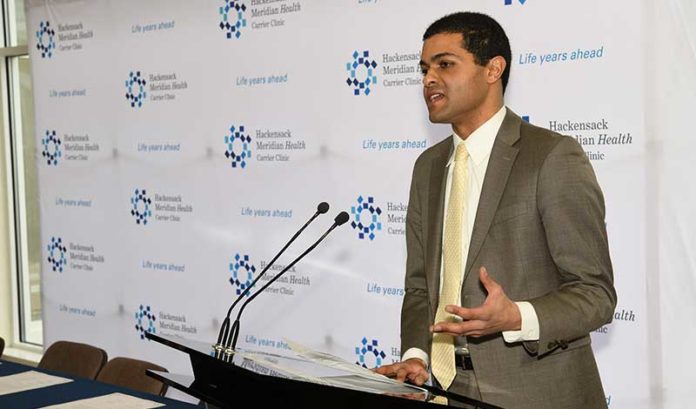 The state Department of Health is set to issue a report soon on how the state’s four adult psychiatric hospitals are doing.

Commissioner Shereef Elnahal told ROI-NJ the report will include a number of policies and regulatory recommendations, which would need the support of the Legislature and Gov. Phil Murphy to put in place.

“We’re about to release a nine-month progress report in our 18-month plan that’s going to go through all of our improvements,” Elnahal said.

“Just to give you a teaser of that, (there’s been) over a 30 percent reduction of violent episodes and assaults from last year. So, this is comparing the beginning of the administration to now.”

The statistic matches a quarter-over-quarter comparison from January 2017 to January 2018, when Elnahal first announced the action plan in August 2018.

The report will include both highlights and areas the state has more work to do, Elnahal said.

“I took what I had learned in quality improvement at the VA (U.S. Department of Veterans Affairs) — we brought it to the state psychiatric hospitals,” Elnahal said.

The DOH’s 18-month plan is focused on an analysis of the hospitals, as a result of a focus on the psychiatric facilities that began under Gov. Chris Christie’s administration.

“The intent of the analysis was to provide an assessment of the organizational and operational issues affecting each psychiatric hospital, and to provide recommendations to meet the challenges with the overall goals of achieving the most important objective: improving the quality of patient care delivered to service recipients,” according to the plan in August.

Elnahal said in August that the goal of the plan was to have the psychiatric hospitals, which have come under the spotlight as the opioid crisis hit the state, operate like other acute care hospitals.

“Our vision is to have the hospitals operate as one health system of regional psychiatric facilities using the same clinical and patient safety standards,” he said last year.

“Just like acute care hospital systems or a children’s hospital, our regional psychiatric hospitals should be specialized hospitals where patients are treated, stabilized and then returned to the community — with the supports they need.”