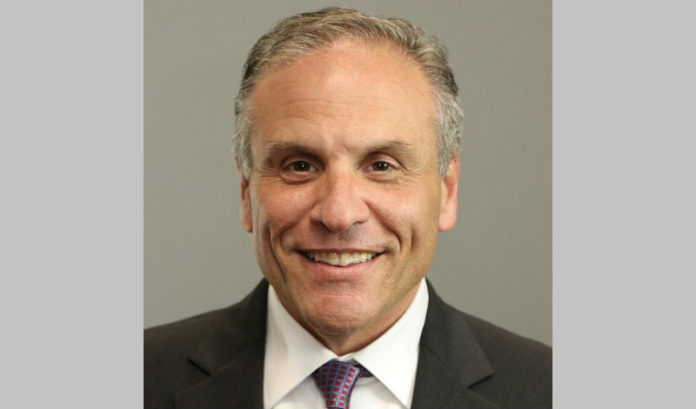 Mark Longo says he has energy hopes and dreams like everyone else.

But the director of the Engineers Labor-Employer Cooperative, better known as ELEC 825, said he always tempers them with reality.

“As someone who has lived in New Jersey his whole life and is now raising two kids here, I would love it if we could institute something like the New Green Deal,” he said. “It sounds great that we can have solar power and have offshore wind farms, but, even with that, you still need natural gas and nuclear power in order to realize energy consumption for this region.”

That’s why ELEC has launched “Energy Reality Check,” an education campaign throughout the state that Longo said not only will promote smart energy policy, but will dispel false claims from special interest groups.

The campaign kicked off this week with television, radio, and digital ads. Longo feels the campaign documents the risks New Jersey faces if it does not incorporate natural gas into its energy mix.

The goal, Longo told ROI-NJ, is to foster a sustainable economic future for New Jersey.

“No issue is more essential to the future of our state’s economy than ensuring we have a balanced, robust and affordable mix of clean and safe energy sources,” he said.

“We want to push through the misinformation and focus on the facts: New Jersey needs natural gas to achieve a future of renewable energy without disrupting our lives or causing economic distress.”

Longo is eager to tackle the issue head-on.

And he willingly starts by addressing any concern about ELEC’s true interest.

Think this is just about getting jobs for his union? Longo can understand why you might. And he can explain why that’s not an issue.

“While our members work on pipeline projects, they also work on wind energy projects and solar projects,” he said.

“The old saying around here is that the operating engineers are constructing and operating the technology that builds the future — everything from the steam engine to the coal engines to the pipeline to the solar and offshore wind farms. Our folks are the men and women that are working on that.”

“So, we kind of have a unique perspective to bring to it. We want to see all of it.”

Longo said there was no one key moment that spurred the campaign — which will cost approximately $500,000 to launch and could increase in spend as needed.

“We’ve looked at this for a while,” he said. “This wasn’t a knee-jerk reaction to one specific issue or one news article or one social media post. We believe that there is a lot of misperception, miscommunication on the topic of energy.

“I think people take for granted that, when they walk their house and turn their lights on and their heat or AC on, that it’s going to be there.

“So, we like to see ourselves as an honest broker here, and the honest fact of the situation is that the technology doesn’t exist to meet our existing demand.”

Longo, whose group works in New Jersey and in parts of New York, said the energy grid ultimately is what will keep everyone in New Jersey employed.

Longo said the campaign will feature social media activations to educate residents, policymakers, media and other stakeholders about the dangers of shortsighted energy policy, which could cripple the state’s economic future, saddle residents and businesses with higher prices, and lead to energy shortages.

“As elected officials develop policy in 2019 to bring the state toward a sustainable future in 2050, politicians and consumers alike need to focus on the facts: The path to 2050 begins with clean natural gas and our capacity to move it,” he said. “We need to look no further than Westchester and New York City as cautionary tales of what could happen in New Jersey without intelligent energy policy that accounts for New Jersey’s needs.

“Any reckless and ill-informed calls to remove natural gas or nuclear entirely from New Jersey’s energy mix will deprive New Jerseyans of 90 percent of the power we use without an alternative, leading to development moratoriums, shortages and economic disaster. This is the fate facing New Jersey without an educated plan about this crucial issue for all residents, businesses and policymakers.”

ELEC, Longo said, aims to reset the conversation and emphasize the facts that clean natural gas and carbon-free nuclear are smart, science-based investments that will improve the state’s economy and reduce emissions.

The campaign will also debut a new, dedicated energy section on the RoadtoRepair.com website, which includes pages on transportation and water infrastructure.