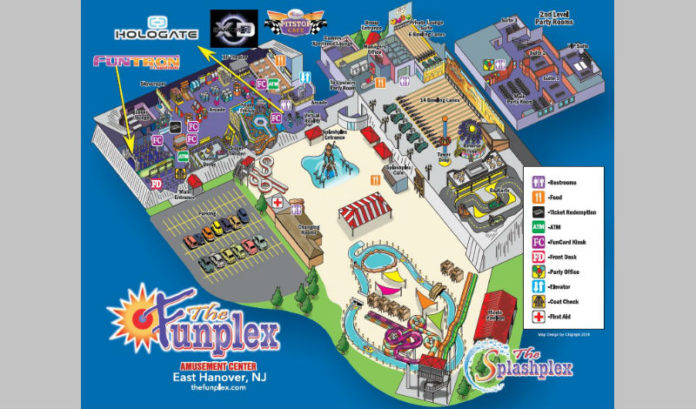 An amusement park in New Jersey unveiled Thursday a $5 million expansion plan to up its game as it adapts to a more competitive entertainment marketplace, it said.

Funplex, one of New Jersey’s amusement destination, announced the upgrade during “Media Day” at its East Hanover location.

Included in the upgrades are 37,000 square feet of additional space and a new bowling section. Included in the bowling section are a new, interactive Qubica-manufactured “HyperBowling” ride, projection screens, a new lightshow, sound system and waitress service. In addition, there’s an upgraded and reconfigured Funplex Go-Kart Track, the debut of the “Reverse Time” ride and a new “Drop and Twist” ride.

Funplex, which has a second location in Mount Laurel, said the $5 million investment is part a $20 million overall investment into both locations over the past four years, including new rides, restaurants, site improvements and more.

“Funplex is committed to being the premier family entertainment venue, which is why we’ve invested $5 million to improve this already-terrific facility,” Funplex CEO Brian Williams said. “These upgrades have made Funplex even more fun. I’m confident that everyone who visits us will be delighted with the enhancements, and will reaffirm this location as one of the state’s top amusement destinations.”

Funplex also upgraded some food and beverage offerings at its Boardwalk Cafe, including new appetizers for the bowling area like flavor infused milkshakes, funnel cakes and other boardwalk favorites.

“We expect to greatly expand our demographic reach now that renovations are complete,” Williams said. “In addition to families, our facility now appeals to high school and college students, as well as to adults.”

Murphy recommends banning all public gatherings of 250 or more people...