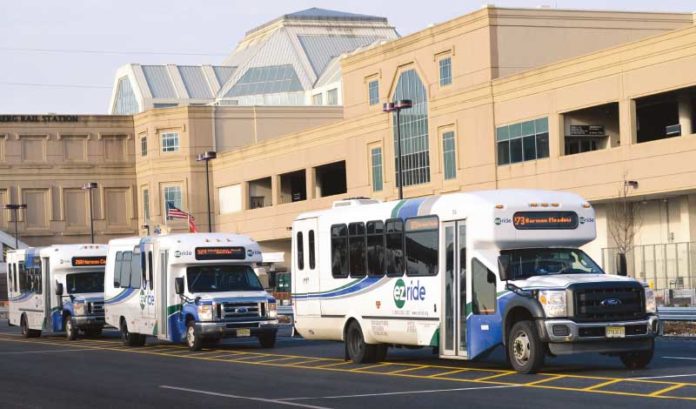 To really appreciate how public-private partnerships have shaped transportation services in New Jersey, it’s worth remembering how these arrangements are used in a jam.

Entire street block-long lines once trailed out of Garden State gas stations; that was amid the nationwide rationing of motor fuels during the oil crises in the 1970s.

Not everyone remembers it, but it fueled a public-private partnership that’s still around today.

EZ Ride, spearheaded by transportation business executive Krishna Murthy, was formed in the aftermath of that turmoil to expand available carpooling services to brace for more motor fuel woes.

“We were basically set up just to help businesses get their employees to work during that time,” Murthy said. “Everyone was having the same issue — there were major commuting challenges.”

Still one of the state’s top examples of a public-private partnership focused on transportation, EZ Ride, started as the Meadowlands Transportation Brokerage Corp. The name, tied to the geographic area it once solely served, was changed as the organization’s reach expanded throughout Bergen, Essex, Hudson, Monmouth, Passaic and Union counties.

The organization, which now facilitates carpools, vanpools, shuttles and other programs in those counties, was the first in the state of what’s referred to as a Transportation Management Association.

“There are many other associations now, each one with a different flavor of transportation offerings,” Murthy said. “But all these entities are working to promote mobility in some shape or form and partnering with private and public agencies for that.”

With its fleet of minibuses and sedans, EZ Ride is manages of the largest carpool, vanpool and shuttle service for businesses and other entities. The shuttle program ferries around about 2,000 Jerseyans each day.

One of the organization’s new programs is one that gives a company’s employees free rides home in the event of a personal emergency so that they aren’t stranded at work.

“Businesses appreciate the fact they have these options for employees year-round,” Murthy said.

It might not have a lot of visibility as far as transportation issues go, but EZ Ride is also addressing the problem of older individuals struggling to keep up with new ride-hailing technologies. One of its newest programs is a partnership with Lyft to launch Ryde4Life, a statewide program to facilitate rides for seniors.

“Folks who are older may not have a smart phone or comfortability with technology to use Lyft or Uber,” Murthy said. “With this program, all people have to do is call us to set up a ride. It’s something that about 1,000 riders are participating in so far.”

While transportation challenges are changing character all of the time, companies and public entities continue to pair up today to make sure that there’s no roadblock to Jerseyans getting around.

“It’s important to have organizations working together to get people where they need to be,” Murthy said.

If there is a crisis in transportation that public-private partnerships are looking to address today, it’s the access low income individuals have to the rising costs of transit. EZ Ride has, for many years, been carefully monitoring how it can ease costs for this population.

Private sector companies, such as Uber, are pitching their own solutions and looking to forge partnerships with the public sector in the process. 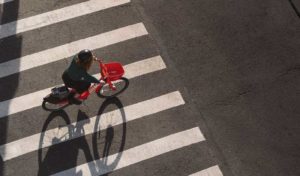 ’s bike-share service Jump is making a play at parking itself in Jersey City, which would be the service’s first New Jersey city. Uber spokesman Harry Hartfield said Jump has come up with plans to subsidize the cost of traveling on its dockless e-bikes through a cheaper subscription plan for some individuals.

“And in other parts of country where we do have a presence already, such as Washington, D.C., we’ve found that these dockless bikes tend to be more popular in low-income and diverse communities than alternative systems,” he said, adding that he wanted to see Jersey City served in an equitable manner.

The company has made that pitch alongside an appeal to how the bikes could alleviate any trouble caused by an upcoming suspension of light rail service at three stations on the West Side Avenue spur of the Hudson-Bergen light rail line.

It made a proposal to Mayor Steven Fulop to allow the bikes to be deployed locally. But the hurdle for the company is that right now, Citi Bike, New York City’s bike share system, has an exclusive agreement with the city.

“Our view is that these systems could complement each other well,” Hartfield said. “We’re not changing the way Citi Bike operates. We just want to come in and offer these bikes in order to supplement some of the mass transit holes in Jersey City. Citi Bike itself promised to serve parts of the city it’s no longer serving.

“We need the city and mayor’s approval; we’re hopeful we can get there.”