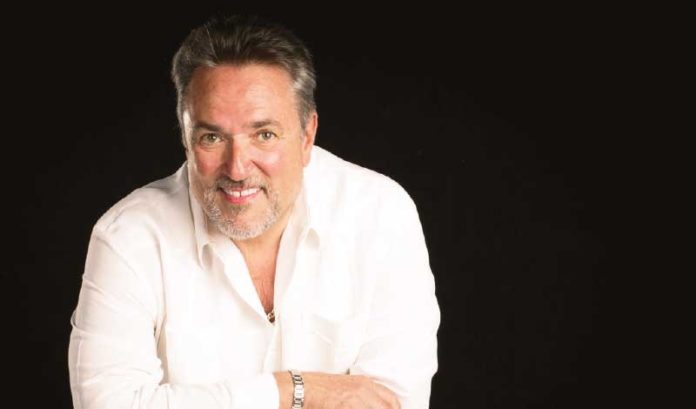 East Rutherford-based MamaMancini’s Holdings Inc., a manufacturer and marketer of specialty pre-prepared frozen and refrigerated all-natural food products (as defined by the USDA), recently announced the hiring of Allan Sabatier as vice president of business development, to head up the company’s entry into the food service and alternate market segments, including convenience store and export markets.

Carl Wolf, chairman and CEO of MamaMancini’s, said: “We are pleased to have a sales executive the caliber of Allan Sabatier to lead us in developing this new and exciting component in our business. The food service channel has the potential of being larger than the grocery store channel in which we currently compete.”

The company also sells to distributors such as Sysco, AWI, UNFI/SUPERVALU, KeHe, Burris Logistics and C&S Wholesale Grocers. In addition to those traditional distribution channels, the company also sells a wide variety of its products through QVC, auto-ship programs and direct purchases through the internet.

Sabatier and Wolf had previously worked together at Alpine Lace Brands Inc. in the 1990s, where Wolf was chairman and CEO. Sabatier, as vice president of sales, was instrumental in leading Alpine Lace to national distribution before it was sold to Land O’ Lakes with Merrill Lynch serving as the financial adviser in the transaction.

Wishing much success to this duo and MamaMancini’s as they embark on this new phase of business development.

For more information about the company, go to: mamamancinis.com/investors/

The Bridgewater Manor was recently purchased by Domenick and Ralph Acquaviva, owners of Delicious Heights with locations in Berkeley Heights, Bedminster and Basking Ridge. The transaction took place in late February 2019. The catering facility will be getting a new interior look, along with an experienced, quality catering team offered by the new owners.

The two brothers also run the food and beverage business at Basking Ridge Country Club, which includes Basking Ridge Catering. This acquisition will allow Delicious Heights to grow its business in the off-premise catering division, now called DH Fine Catering, and will operate out of its Bedminster restaurant.

Prior to the acquisition, its off-premise catering was primarily pans and platters. Now with the expanded and much needed equipment available from the Bridgewater Manor purchase, it is better equipped to do off-premise weddings and events.

Ralph Acquaviva said he’s excited about the new business and they’re inviting people to call and tour the facility, which has rooms for all occasions. There are two banquet rooms and several smaller rooms for corporate meetings, birthday parties, showers and smaller weddings, as well as outdoor patio space for ceremonies and cocktail receptions.

Wishing the Acquaviva brothers and all their employees much success in this exciting new chapter in the development of their business.

For more information on Bridgewater Manor go to: deliciousheights.com or 908-658-3000.

As we look at this inaugural list of Top Food & Beverage Influencers here in New Jersey in 2019, it seems only fitting to honor and remember someone who was a member of “the greatest generation” and instrumental in the growth of a pioneer and former powerhouse in the supermarket industry.

Walter F. Carr Jr., passed away April 6 at his home in Spring Hill, Florida. He was 95 and had retired from The Great Atlantic & Pacific Tea Co. (better known as A&P) in 1989. Carr’s career with A&P’s Real Estate department spanned 25 years, from 1964-1989. He was in retail store site selection for A&P’s South division, helping develop locations for the iconic chain in Somerset, Middlesex, Monmouth and Ocean counties from 1971-1976. He later moved to the Montvale headquarters, working under Francis X. Leonard, vice president of real estate from 1976-1989, when he retired.

Carr lived several years in Brick, with his wife, Marilyn, before moving to Florida in 1994. Marilyn Carr passed away in 2016 at age 84.

He was a Rutgers University graduate and a WWII Seabee with four Pacific Campaign Stars.

Surviving are a sister, Margaret (Razzano), two sons David (Annemarie), Brian (JoAnn), who is also in the food industry as a food and beverage consultant and a former colleague of the Food Fella at Welsh Farms Dairy, and a daughter Karen (Michael), as well as five grandchildren.

Our condolences go to the Carr family.