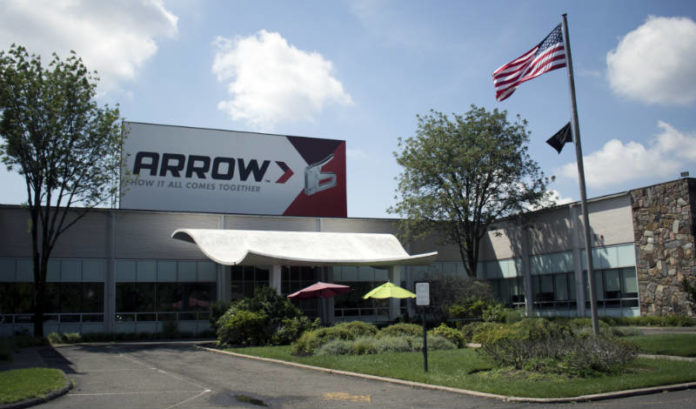 When he woke up this morning and saw the news — saw that President Donald Trump was increasing the Section 301 tariffs on a whole host of products coming out of China — Gary DuBoff had a simple reaction:

“This is going to hurt,” he thought to himself.

But DuBoff, the CEO and president of Arrow Fastener in Saddle Brook — a million-dollar manufacturer we tend to check in with during tariff decisions — said the pain will not go to the intended target.

“China will not pay 5 cents more.”

The reason, he said, is simple.

Arrow is the owner of the products coming out of China — and, thus, Arrow is the one who will be hit with the tariff.

“Everything is FOB (freight on board) in China,” DuBoff said. “As soon as the Chinese vendor sends it to the port and our freight forwarder signs for it, we own it.

“So, I fail to understand how the administration feels that China is paying this tariff.”

It’s the same reaction that DuBoff — and so many other New Jersey manufacturers — have had during Trump’s trade war with China.

This one, however, may be different.

Last summer, when the Section 301 tariff was set at 10 percent, most consumers didn’t know it.

“To be frank, because we really thought this was not going to last,” he said. “We can no longer eat that. So, we’re in the process of executing a price increase.”

DuBoff estimated his company manufacturers 65 percent of its products here. Some items — he specifically noted rivet tools — are far easier to manufacture in China. Because of it, DuBoff expects to see a jump in the cost of them from approximately $20 to approximately $25.

Finding a solution, he said, will not be easy.

And it’s certainly not as easy as simply going to a different country for the product.

“If you go to other countries, lower-cost countries like Vietnam, they’re not prepared,” he said. “They don’t have the same internal structures set up that China has.

“There aren’t even enough vendors.”

There will be soon, however. And DuBoff knows exactly where they will come from: China.

“I think you’ll see some of the Chinese vendors go in and set up factories in other countries,” he said. “You’re not going to hurt the Chinese. They’re very smart people. They’re going to get around this.

“They’re not going to be put out of business. They’re businessmen just like we are. They woke up today and said to themselves, ‘What are we going to do?’

“So, it might start trying to (affect China) short term. But, long term, I don’t think (there will be) any real effect on China.”

Arrow Fastener, best known for its staple gun, employs more than 300 in New Jersey, which it has called home for more than 50 years.

Like everyone else impacted by tariffs, DuBoff said he’ll try to find a way to make it forward.

But don’t expect any wild proclamations. He knows opinions on this issue are mixed, even in the manufacturing sector.

“I just got back from the national hardware show,” he said. “This is all we talked about.

“I’ve talked to a lot of people who support this 100 percent, even though it’s going to hurt, because they feel that we have been bullied by China for so long that somebody has to stand up and say, ‘Enough is enough.’

“And there are other people that say, ‘We just can’t afford to do this.’”

There’s only one viewpoint he doesn’t agree with.

“The Chinese are not going to pay this tariff,” he said.