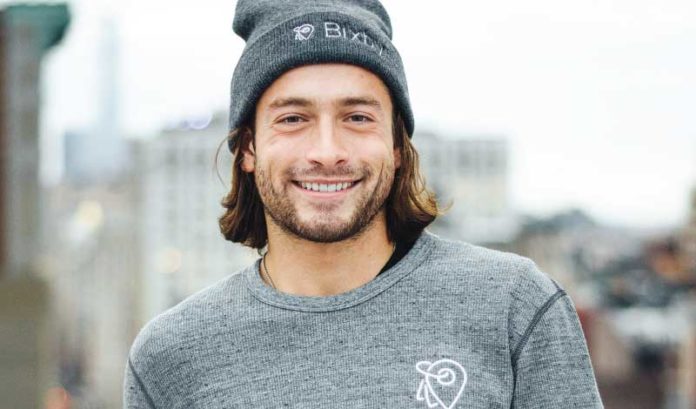 The startup saw a dramatic expansion of its portfolio of managed buildings and it’s planning to increase its team from five to 10 people in 2019, with the majority of hires going into sales.

“We are thought of as an app for your building, a way to send announcements to residents for maintenance required, get payments for common charges and get notifications, but that was never all we set out to be,” he said.

“We often say that making tenants happy is our business, but building better communities is really our mission,” Smukler said. “We don’t want to just provide an app for residents to communicate with their management, but a way for them to better engage with the community around them.”

That means being a platform where your customers can order services, whether it’s housekeeping or dry cleaning, moving or storage, masseuses or tailors, he said.

“You could be getting discounts to local businesses like coffee shops or wine shops, as well as finding out events in your neighborhood. That’s the transition we are making as a company. We already have all that functionality, but we’ve never communicated it to the market.”

The company made good use of the $750,000 it raised during the second quarter of 2018: In June it acquired WorkOrder.es of Saratoga Springs, New York, a mobile work order ticketing platform. Bixby is one of the only “proptech” companies to provide a comprehensive, mobile-first tenant portal, the company said in a news release.

“We started the company in 2016, and we’ve always been very lean,” Smukler said. “We’ve always taken very calculated steps in growing our company. We didn’t go out and raise $1 million within our first year as a company. We started by raising $50,000 from friends and family, building a product and getting it into the hands of property managers and tenants, and learning from them. Then, we raised another $200,000 at the end of 2016 from our clients, which were all real estate companies.

“Part of the investment we took was from a group in Jersey City, and so we are now split between Newark, Jersey City and Manhattan, with our headquarters in Newark at Newark Venture Partners,” Smukler said.

During its early years, the startup spent a lot of time proving itself, with the principals going to events, shaking hands and establishing themselves in the industry, he said. And now, “We are seen as one of the Top 5, maybe even the Top 3 products in the market,” and that’s getting a lot of people more interested in the business.”

“We brought on four new advisers to help us grow the business in 2019 and moving forward,” Smukler said.

One of those advisers is Brian M. Stolar, “a real estate developer from Montclair, New Jersey, which is where I grew up. Brian has developed several projects in North Jersey. He built a similar company to ours about 10 years ago. It was called HomeSync, and he was trying to provide services to his tenants such as access to the internet, television packages and local businesses, which are a huge component of our product,” he said.

During the summer, one of his interns reached out to Bixby, Smukler said. When they met and realized that they had a lot in common, “We built a relationship quickly. Brian has been helpful in introductions to the real estate community, as well as helping us stay focused and expand on the service partnerships.”

Another adviser, Laura Castaing, was formerly a general manager at Managed by Q, a New York company that provides a platform for offices, maintaining supplies and overseeing facility management. She was part of a team that partnered with different housekeeping companies and suppliers.

“That’s really a transition that we are making as a company right now,” said Smukler. “We brought on Laura to guide our head of partnerships in building out that business.”

A third adviser, Stephen Kong, formerly of the media company Modern Luxury, also in New York, was a resident at 200 Mercer St. in New York, and was feeling a lot of pain as a board member there. Relations between the residents and the management office were bad, with the board members acting as a buffer in between. Kong wanted a product that could streamline the operations of the building.

“He found us, started using the product, loved it, and wanted to get more involved.”

Kong’s background is in sales.

“We brought him on to help guide our sales organization.”

Finally, the fourth adviser is Evan Minskoff, until recently head of marketing at Tumblr in New York.

“We invested heavily in marketing in 2018 for the first time, and Evan, who is a user of our product and has a background in real estate, really liked what our team was building and wanted to contribute. He considered coming onto our team, but we really couldn’t give him a compensation package that matched anything close what he was being offered elsewhere,” so the company brought him on as an adviser to provide guidance from a marketing perspective.

On the question of where Bixby is headed in 2019, Smukler noted that the company will be announcing a larger funding round sometime this year, and that will be accompanied by more key hires, new partnerships and new product releases.

“We are very committed to New Jersey and to the communities in Newark and Jersey City. And we’re committed to working with great organizations like the Newark Community Economic Development Corp. and the Newark Alliance, which has been incredibly helpful,” he said. “We are really excited to continue partnerships like those with community organizations, so we can pursue our strategy of going from being a building platform to a community platform.”