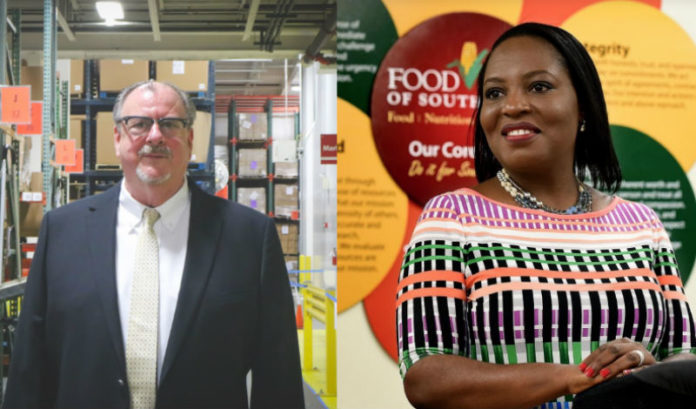 The Food Bank of South Jersey, based in Pennsauken, announced Friday it has made some changes to its leadership.

Charles Hosier and Lavinia Awosanya have been promoted to chief operating officer and chief development officer, respectively. The promotions were in effect on March 1.

“It gives me great pleasure to officially welcome Charles and Lavinia to the executive team,” FBSJ CEO and President Fred Wasiak said. “Their demonstrated  leadership and exemplary service on behalf of our organization’s mission will certainly poise us for growth as we work to solve the hunger crisis in South Jersey.”

Hosier will be responsible for overseeing all of the food bank’s operations, including employee and food safety compliance, inventory control, distribution, food procurement, and more.

Previously, he served as FBSJ’s director of operations for three years. Before that, he was general manager for a large food processing company in South Jersey.

In her new role, Awosanya will be responsible for advancing the food bank’s mission by leading the fund development, marketing and community relations strategies. She will also oversee major gift cultivation.

Awosanya joined FBSJ in 2014 as manager of special events and most recently served as director of strategic partnerships. Her earlier career was spent in London and New York working for a leading beauty and skincare brand as part of its sales and management team.