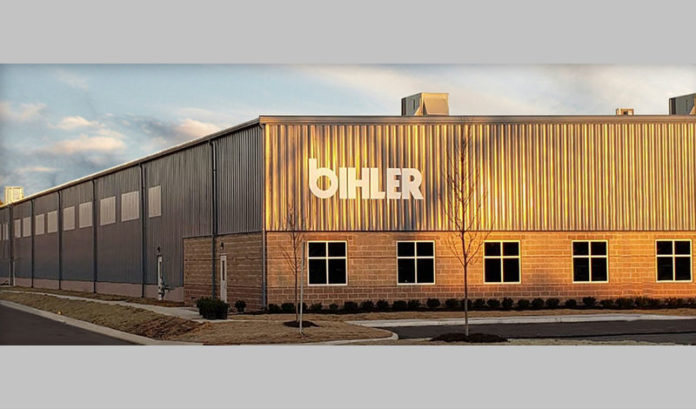 Bihler of America, a provider of complex components manufacturing and machines, announced recently it has opened a new, 103,000-square-foot facility in Phillipsburg.

Construction on the building began in April 2018 and it became fully operational in the first quarter of 2019. All three buildings, Bihler said, total 350,000 square feet.

Bihler said what drove the expansion was an increase in contract manufacturing and automation projects.

“The new building has more than half of its total output capacity committed to already, with plenty of space for the expanded manufacturing needs of our customers,” Max Linder, director of sales and marketing, Bihler of America, said.

The new facility houses assembly areas for Bihler 4 Slide-NC machines, Bihler said, expanding the company’s ability to deliver  products efficiently to its customers. It also has LED lighting throughout for energy efficiency.

“The re-shoring trend that began several years ago remains strong, and general economic indicators predict this ongoing rise in manufacturing will continue,” Linder said. “Bihler’s capabilities for advanced manufacturing, services and equipment have been significantly expanded to accommodate this continuing demand for U.S.-based manufacturing.”

Bihler also said as part of the expansion, it will add more than 50 new workers at the facility to manage and operate it.