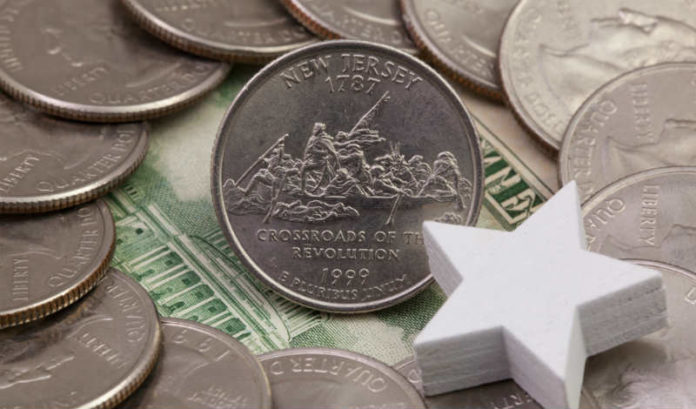 “These collections top the previous record of $3.14 billion that was recorded in April of 2008,” she said.

“Moreover, GIT funds, which are constitutionally dedicated to the Property Tax Relief Fund, are up 56.8 percent compared to last April. Withholding collections are also up 9.9 percent and estimated tax payments are up 10.4 percent. In total, year-to-date GIT collections of $13.075 billion are up 7.7 percent, or $930 million.”

This has resulted in revised revenue estimates for the current and upcoming fiscal years.

“While we correctly anticipated the taxpayer behavior that played out, we not only met our robust April tax collection targets, but we encountered somewhat of a surprise when Gross Income Tax collections set a new April record, slightly increasing our revenue forecast for FY2019,” she said. “This improved revenue outlook means we will be making a deposit into the state’s Surplus Revenue Fund for the first time in more than a decade. Based on the law and our revised revenue estimates for FY19, this long-absent deposit is projected to equal $317.1 million, helping to minimize any future disruption in services and benefits in the event of an economic downturn.”

The news has some calling for Gov. Phil Murphy to stand down on the proposed millionaire’s tax, which Muoio said is only supported further by the increased revenue.

“The governor believes strongly that we should boost direct property tax relief to the people of this state while we have a little breathing room in this budget. Given what lies ahead, we may not have this opportunity again soon. Accordingly, he is proposing a new, stand-alone, one-year program that would return $250 million directly to state taxpayers through a refundable tax credit,” she said. “Everyone has a different opinion on what should be a priority, but the bottom line is that, without sustainable revenues and a robust surplus to help us weather any storms, none of our priorities can be addressed. Asking millionaires to pay a few more cents on the dollar is the right thing to do, both morally and fiscally.”

New Jersey Policy Perspective supported the idea of a millionaire’s tax in a statement Tuesday.

“This year’s budget relies on over $1 billion in one-shot revenue sources that are set to disappear,” senior policy analyst Sheila Reynertson said.

“Lawmakers must pursue reliable and sustainable sources of revenue, like the proposed millionaire’s tax, to make up for these lost funds and continue investing in assets proven to grow the economy. A millionaire’s tax would also promote tax fairness, as the current tax code results in middle-class families paying a higher share of their income in state and local taxes than the state’s top earners.”

But New Jersey Business & Industry Association CEO and President Michele Siekerka called for a reevaluation of the budget priorities as a result of the news, and for the governor to back away from the millionaire’s tax.

“The state tax collections announced today are encouraging, but not necessarily surprising considering the strength of the national economy, coupled with a Corporate Business Tax rate increase last year that is now second-highest in the nation and is bringing in record receipts for the state,” she said.

“What is surprising, in light of this windfall, is the continued call for even more taxation as part of the FY 2020 budget proposal. Clearly, this additional revenue is more justification to not increase the Gross Income Tax rate on those making over $1 million, as proposed, as it will further hurt our competitiveness in the region. The question needs to be asked: If we’re continuing to overtax our residents and businesses during an economic upswing, what will happen during an eventual economic downturn? New Jersey still desperately needs structural reforms that comprehensively addresses underfunded pensions and right-sizing of health benefit costs. We must remember the proposed overall budget is increased by 3.2 percent from the current fiscal year and 11.2 percent from FY 2018. It is important that the state focuses on fiscal responsibility rather than additional spending.”

Muoio also announced Tuesday that the Treasury is projecting more than $1 billion in surplus for both FY 2019 and FY 2020.

Garden State Initiative President Regina Egea said the news should reduce the burden to add new taxes in FY20 and called for a shift away from the one-year tax credit.

“Driven by significant tax cuts at the federal level in 2017, the federal government has been reporting a booming national economy and job market that has left New Jersey behind,” she said.

“New Jersey’s tax and spend policies have stifled our economy and grown our government. Gov. Murphy and the Legislature need to recognize and appreciate the commitment of our beleaguered taxpayers … both individuals and corporate. Rather than holding taxpayers hostage and only offering ‘a new, stand-alone, one-year program … through a refundable tax credit,’ let’s provide real tax structural reductions.  They could begin by accelerating the sunset of last year’s corporate business tax surcharge so we don’t stand alone at 11.5% in 2020.  Or consider not having a top individual rate that is double Massachusetts and more than triple Pennsylvania. New Jersey has an opportunity to get on the more competitive track by limiting government spending and investing in what grows our economy not grows our government burden even further. Record revenue collections should not present an opportunity to look for more tax increases, but rather an opportunity to get our state back on the road to prosperity.”

In her testimony Tuesday, Muoio said the surplus would be a strong indicator for ratings agencies, which downgraded New Jersey several times in the last decade.

“It is a budget that the ratings agencies want to see,” she said.

“It is a budget that continues to focus on course correcting after years of neglect.”

Willoughby, in new role as head of Business Action Center, is...

Murphy on potential taxes: ‘Folks who have succeeded’ should help shrink...

Chamber applauds passage of bills aimed at helping those with disabilities