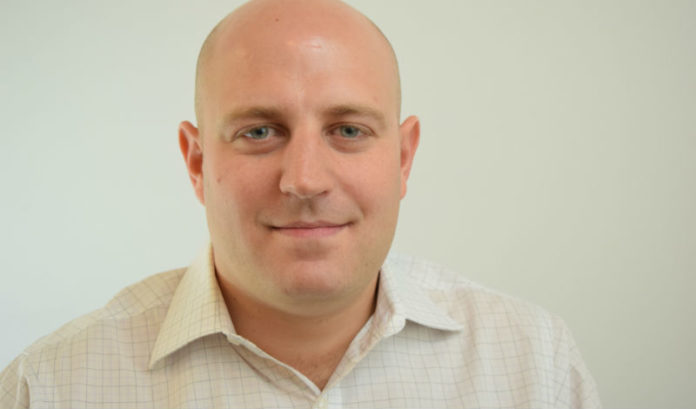 New Jersey is making progress returning to what it once was: a hub of innovation and forward thinking. That progress is due, in large part, to new industries that did not exist even a few years ago. Bureau of Labor Statistics data shows newer companies are a major source of New Jersey’s net employment growth. Newark, Atlantic City and the Meadowlands are showing how new high-growth and high-tech industries can attract talent, create jobs and grow the state economy. The only question left is: Will we learn from these early examples to keep the momentum going?

Newark has one of the fastest internet networks in the country. The Newark Fiber initiative provides startup incubators like Newark Venture Partners, high-growth companies such as Audible and any business in the Gateway Center with epically fast Internet. This allows startups in human resources, health and financial technology to hone data-intensive technologies for the global market right in the Brick City. This likely a reason why venture capital funding in New Jersey is on a three-year growth run.

Travel down the Garden State Parkway to Atlantic City, where the city recently scored significant e-sports wins, proving the resort town viable for collegiate and professional prize competitions. Over a weekend in April, the Collegiate Starleague 2019 Grand Finals attracted 1,300 people to Boardwalk Hall that otherwise might not have made their way to the Shore town. The millions more that watched via live stream were exposed to Atlantic City as a new e-sports destination.

In this context, Stockton University’s e-sports program makes so much sense as its new Atlantic City campus continues to grow. The local university even won a regional tournament recently, boosting the program’s creditability. As we have seen in the past with casinos, other cities become jealous of Atlantic City quickly. Comcast is planning its own e-sports arena in the South Philadelphia sports complex. With competition for these crowds heating up, Atlantic City stakeholders and businesses will soon have to decide just how “all-in” they are with this up-and-coming industry.

Newark and Atlantic City are making significant strides, but perhaps the biggest news is coming out of the Meadowlands. Just look at March (Madness) sports wagering reports from the Division of Gaming Enforcement. The FanDuel Sportsbook at the Meadowlands Racetrack crushed the state competition, taking 55% of the total revenue from the New Jersey sports betting market in March.

The Meadowlands also recently hosted the Betting on Sports America conference. There, the talk was all about superior mobile betting products and New Jersey eventually taking over Nevada next year as the country’s top market. The draw of the industry is so strong that New Yorkers are riding their bikes across the George Washington Bridge just to be within state bounds to make mobile bets.

The film industry is also getting another chance to thrive in New Jersey, fueled by the New Jersey Film & Digital Media Tax Credit Program. With many iconic filming locations across the state, we are already seeing destinations in Newark, Jersey City and Asbury Park in major movies and TV shows. These productions are great for host town restaurants, hotels and other services that will welcome the added business. The state film tax credit site currently shows several productions underway, including the much-anticipated “Sopranos” prequel movie filming in Newark.

Tech, e-sports, sports betting and the film industries are all growing, but there is another industry sector spinning to fruition where New Jersey can create something from nothing: offshore wind. Accompanying the benefits of this new clean energy source will be thousands of jobs designing, building and maintaining New Jersey’s offshore wind farms and the related infrastructure that connects it all together. A critical challenge for the state is the competition to create East Coast ports capable of serving offshore wind development. Multiple locations along the Jersey coast are being considered and, when finalized, will bring important new jobs to the state.

With the proper vision and planning, New Jersey can not only embrace the momentum of these new industries, but set the stage for future economic expansion from industries or jobs that may not even exist yet. There is more work to be done, but learning from this wave of growth will help ensure policies are in place to reclaim and lead as a state of innovation.

Jonathan Scharff is a principal at the public affairs firm Kivvit in Asbury Park.

TD Bank now has 200 stores LEED-certified in the U.S.