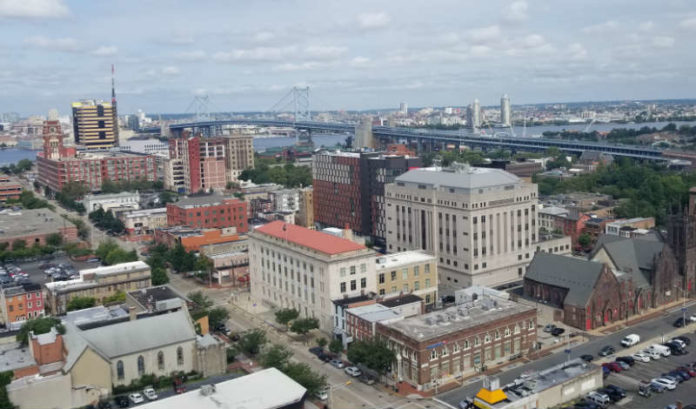 The specifications and descriptions of the property in the RFQ were reasonably precise:

If interested, the EDA release says (bolded and ALL CAPS as it was presented):

Qualifications must be received by 2 p.m. on September 18, 2019 in a securely SEALED envelope or carton.

Here’s what the Request for Qualifications for those interested in redeveloping the former Riverfront State Prison Site in Camden doesn’t say:

Will the developer or any companies using the site have access to any Economic Development Authority-sponsored tax incentive programs?

Will those using any potential incentives become pawns in the growing war involving Camden — a war Gov. Phil Murphy’s team says it did not want, but it has, thanks to a task force many in Camden feel (rightly or wrongly) was constructed with an eye on them?

Will — and it’s becoming increasingly easier to question — there be any incentive programs actually on the books when it comes time to advance the process?

And, finally, if there are no incentives available, will that be an acknowledgement that the previous incentives for Camden did what they were supposed to do: create an urban environment where incentives are no longer needed to attract development?

If the EDA’s release of the RFQ for the former prison site was intended to show the Murphy administration is committed to development in Camden, it may have fallen short.

Firms are not racing to do business in Camden right now.

“The EDA is toxic,” one developer, speaking on condition of anonymity, said. “No one wants to be associated with it right now. That’s not good.”

There is a lot of uncertainty.

“Gov. Phil Murphy is swooping into Camden to attend a small group event out of the eye of the public, but he won’t come here to talk to the leaders of the city about why he’s attacking it or the potentially devastating impacts his attacks could have on the amazing progress Camden is making,” Moran said in the release.

“Using Trenton attack dogs to try to destroy any of the more than two dozen companies which are making major investments in Camden makes it harder to attract new ones here, and that hurts the people of Camden.”

Darryl Isherwood, a spokesperson for the EDA, took exception to Moran’s words, and reiterated the governor’s interest — and efforts — in Camden. Efforts, he said, are demonstrated by the RFQ.

“The focus of the task force has never been about one geography or one company or one person,” he said. “It’s always been about determining if taxpayer dollars — including those paid by the residents of Camden — have been spent wisely, and to ensure that the program works for everybody, not just a select few.

“Gov. Murphy continues to make the well-being of the city of Camden a priority,  in areas like education where we have allocated more than $310 million to school funding, the most in recent memory; transportation, where we have distributed more than $54 million to the county; and property tax relief, where more than $180 million has been earmarked under three separate programs.”

Isherwood said the governor is eager to get his new incentive programs passed.

“The governor has proposed a robust package of tax incentives that we’re still hopeful will be passed into law by the Legislature,” he said. “Those incentives certainly would benefit developers interested into the site.”

The process figures to be a long one. The RFQ is just the first step.

But it’s the first step into a situation some are hesitant to get into.

This much is a clear: A highly desirable piece of real estate (and a good part of that desirability comes from the investment that has come to Camden) is available. But it comes with many more questions than can be answered right now.

And that’s not good for New Jersey.