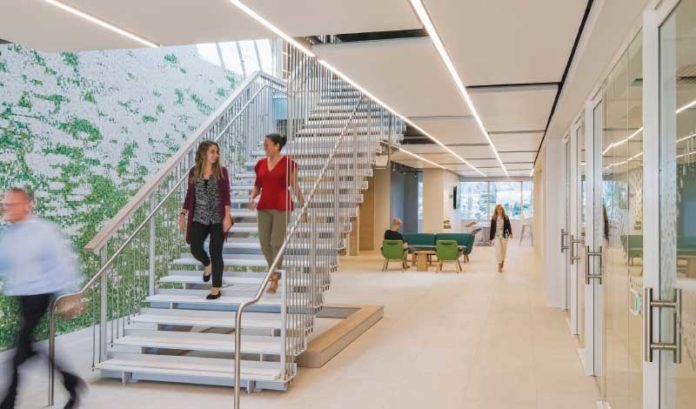 In Quest Diagnostics’ decision to change addresses from Madison — its longtime corporate headquarters — to Secaucus, there was one benefit that prevailed above all others in considerations: It would be going where the talent was.

Cecilia McKenney, Quest’s senior vice president and chief human resources officer, said that’s why those in the health care company’s human resource department were the staunchest proponents of the 2016 move.

And they’ve been vindicated.

“In fact, there was a woman we recently brought in from out of state who wanted to live in Hoboken,” McKenney said. “She told me, ‘Cecilia, I park my car on Friday after work and don’t get in it until Monday and my commute is 15 minutes. That’s the lifestyle I want.’

“Attracting that sort of talent is something we couldn’t have done in Madison.”

The Garden State’s biggest employers are in a fierce bout, as each one tries to compete for a shrinking pool of young, talented individuals still looking for work in this low-unemployment climate. What those employers say is that the ease of commute is often what makes the difference for today’s millennials.

McKenney said that’s proven true for Quest Diagnostics, which needed to bring on additional innovation-focused workers as the company continues to push for more advanced technology to complement its slate of clinical lab result services.

“We’ve been here already for about a year,” McKenney said. “And we’ve been absolutely attracting talent that lives (in the area) near us. … Being relevant to talent all around the metropolitan area is really important to our long-term success as a company.”

In its recruiting efforts, the company found that many young professionals living in or around urban areas choose not to drive at all, McKenney added. Ostensibly, the number of younger workers looking for employment situations in which they can get away with not having a vehicle isn’t going to decline soon.

So, as hiring gets more competitive, Quest Diagnostics now feels like it will have an edge over other large employers with the ease of transportation around its Secaucus location, which now holds around 600 of the 2,000-plus employees the company has in the Garden State.

As building reopenings begin, what does post-COVID-19 cleaning look like?