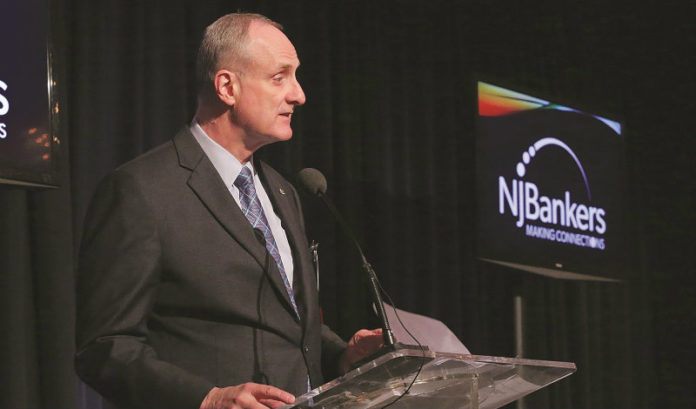 Thomas Kemly, the CEO and president of Columbia Bank, has been named chairman of the New Jersey Bankers Association for its 2019-2020 fiscal year, the group announced.

Kemly is known for his strategic vision and dedication toward affordable housing, local business and community development, and helping those in need.

He implemented a number of programs to expand employment opportunities at Columbia Bank, including “Team Columbia,” employee volunteers who participate in community and charitable endeavors. He also greatly expanded the Columbia Bank Foundation, which is now one of the largest private giving foundations in the state. In 2018, it provided more than $1.25 million in donations to local charities, boards of education and municipalities.

Kemly, who serves as a director at the Commerce and Industry Association of New Jersey, began his 37-year career at Columbia Bank in 1981 as a management trainee. In 2012, he was appointed CEO and president.

Shara was named CEO and president of Lakeland Bank in 2008. Prior to joining Lakeland, he served as president and chief lending officer of the TD Banknorth (now TD Bank) Mid-Atlantic Division, which included New Jersey, New York and Pennsylvania.

Prior to TD Banknorth acquiring Hudson United Bank, he was executive vice president and senior loan officer of HUBCO, a $9 billion commercial bank, where he oversaw organic growth and was responsible for integrating over 30 acquisitions.

Fitzgerald was named CEO and president of Magyar Bank, a community bank headquartered in New Brunswick, in 2010. An industry veteran of more than 30 years, Fitzgerald joined Magyar Bank in 2001 and established the bank’s Commercial Lending Department.

A graduate of the University of Maryland, where he obtained his bachelor’s degree in economics, and the Stonier Graduate School of Banking, Fitzgerald is involved in numerous community and professional organizations, and currently serves as vice chair of the board of trustees for the State Theatre.

He is also a past chairman of the board of the Middlesex County Regional Chamber of Commerce, past president of the North Jersey Chapter of the Risk Management Association, past president for the Community Bankers Association and is a former member of the Dunellen Board of Education.

NJBankers officers, along with its board of directors, guide the association as it implements its mission of representing the membership’s interests before state and federal government and regulatory authorities; providing support in public and media relations; professional development and providing employee health insurance benefit programs through its licensed insurance brokerage facility, Bankers Cooperative Group.