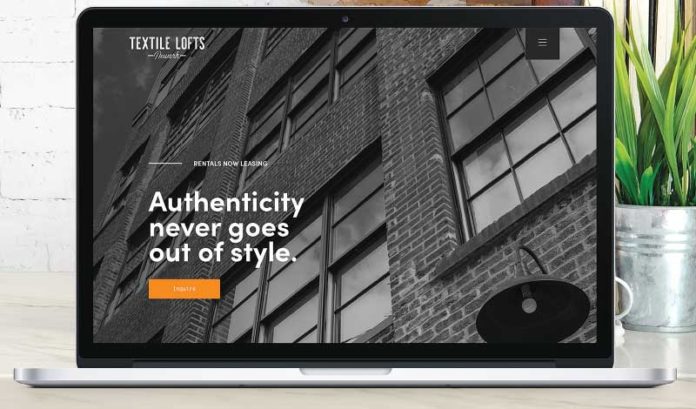 When it comes to the commercial real estate sector, the fine-grained details matter.

For that reason, an email blast announcing a property and its estimated parking spaces per 1,000 square feet — along with a deluge of other measurements, locations and timetables — might pass for an adequate, albeit unimaginative marketing approach.

But there are a number of local marketing firms now deepening their commitments to this industry. And they’re busy livening up messages that have only narrowly escaped email spam filters.

Splendor Design Group is one of them. Over the past several years, the firm has taken a keen interest in this sector. And it has taken an approach to marketing in this arena that takes a storytelling spin over bullet-pointed details to make an impact in an age of inbox inundation. The goal is to take what should be an exciting sector — one sculpting the business landscape throughout the Garden State — and make its marketing efforts exciting, too.

Even when it’s necessary to lay bare the specifics, the firm’s founder and creative director, Adam Taylor, said the industry is learning to be more playful. As an example: Taylor said he’s guilty of bringing emojis into the email subject line of emails about commercial real estate developments.

“Just something small like that can stand out as unorthodox for a fairly conservative, buttoned-up kind of an industry as a whole,” he said. “But it’s important to catch people in the daily scrolls and clicks and make more of an impact.”

The fact is, Taylor said, the industry is at a point of heightened competitiveness. There are many properties being developed and leased in the New Jersey backyard today — ramping up competition between companies for the precious real estate of someone’s inbox.

There’s also a lot of competition now among marketing firms that see this industry as the place to be.

“And it’s tough, because it’s not like mom-and-pop businesses where there’s 100 in every small town — there’s a finite amount of ideal targets,” Taylor said. “On top of that, the companies doing commercial real estate have often been doing it for a long time, so they have an established brand and reputation already.”

But, even if a firm in the commercial real estate industry has everything in the brand department covered, a lot of longstanding firms are looking for help retooling messaging to court millennials and their employers.

Christa Segalini of Antenna, a public relations and digital marketing agency with a sizable real estate practice that was known as Beckerman until a recent rebranding, said that’s a coveted population for developers and brokers.

“But that’s really indicative of overall trends that are, for the most part, generationally agnostic,” she said. “The trends that we most often hear about — swanky amenities, collaborative workspaces, pedestrian accessibility — are all part of a common theme: Although people are increasingly connected by technology, they are relying on their built environment to help promote authentic social experiences.”

Segalini, executive vice president at Antenna, added that it all ties into a paradigm shift in the messaging of real estate firms. That shift being that properties are designed and ultimately marketed as being places that promote more interaction between people.

At the same time that firms are trying to convey this new concept, the platforms firms are using to communicate have had to change.

Firms are going beyond the usual news release and email campaigns as they leverage these new channels for marketing. That’s not too different from what’s going on in other industries, but commercial real estate as a sector has a unique potential for messaging on these outlets, given that its marketing can draw on the narratives of the state’s storied communities.

“One of the several slogans we coined for ourselves was that we tell the stories behind the structures,” Taylor said. “We want to know what’s going on behind the scenes that makes a project really interesting. And a big part of that is the community around it.”

Real Estate
Eric Strauss -
January 22, 2021
A former Western Union office building in Montvale has been sold for $5.5 million, with a repositioning of the property planned, according to real...