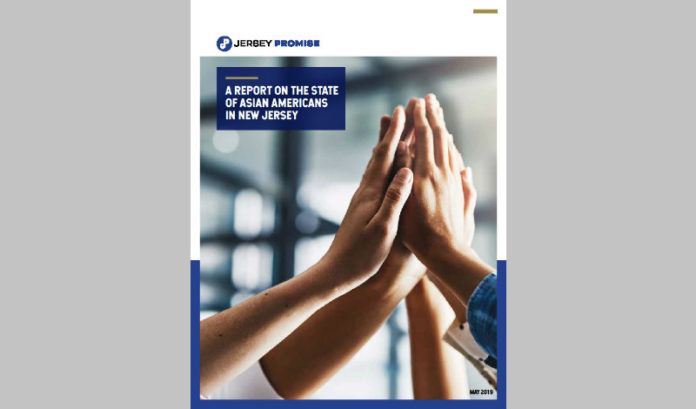 In political discussions, the community is generally perceived as a singular voting bloc, despite the various cultures, languages and issues among each subgroup, according to the report published by newly established advocacy group Jersey Promise, and funded by The Fund for New Jersey.

As the authors note in their introduction, despite being the fastest-growing racial group in the state, “with growing significance in many different spheres of N.J. life … we are the least-understood and least-studied community among the general population, policymakers and civic leaders. Misconceptions and stereotypes of the Asian American community are prevalent in mainstream media and culture, in our public schools and courtrooms, on the factory floor and shipyards and the numerous Main Streets that make up the 565 municipalities of our state.”

The report was, in part, authored by Ronald Chen, chair of Gov. Phil Murphy’s EDA Task Force, who is also a board member of the advocacy group.

Other authors include some known movers and shakers in the Asian American community, including:

Asian Americans have already reached 10 percent of the population, and about two-thirds are immigrants.

What is less known is that, despite the “model minority” stereotype, many of the 940,000 Asian Americans are a part of the lower socioeconomic class, according to the report.

“While they do earn the highest median household income ($82,096), that masks the growing inequality between the lowest and highest income groups, where 26% of all Asian American households lived below the Asset Limited, Income Constrained, Employed (ALICE) threshold of $74,748 for a family of four in 2016,” according to the report.

The most prevalent Asians are Indians, who make up more than one-third of the Asian population in New Jersey, and the densest population of Asians overall are in Bergen, Hudson and Middlesex counties.

Here’s the breakdown by statewide population:

The report also highlights little-known facts about subgroups, including that Filipinos signed up to fight in U.S. wars and that Bangladeshis are prevalent on the Jersey Shore, and especially in Atlantic City, with roots going as far back as the 1890s.

Read the report below.