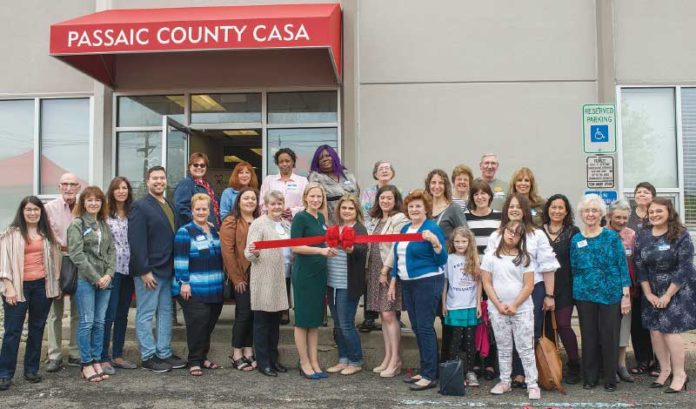 Erica Fischer-Kaslander was hired as the founding executive director and sole staff member in 2007 at the age of 22 years old.

From a single staff member and five volunteers, Passaic County CASA has grown to a staff of 11 and 108 volunteers, who together served 250 children in 2018.

To advocate for the best interests and safety of abused, neglected and at-risk youth in the foster care system and to ensure they ultimately are placed in a nurturing and permanent home.

Family court is not designed to consistently focus on the individual needs of the child, and that is where Passaic County CASA volunteers are essential.

CASA volunteers are not foster parents, nor are they attorneys. Rather, they are dedicated members of the community whose mission is to act solely in the interest of the child as they navigate through the foster care system. This means attending court and providing information to the court system about the child’s well-being and needs.

Some advocates work one-on-one with a single child, but many advocate on behalf of sibling groups.

Right now, Passaic County CASA is supported by a group of 125 dedicated advocates, who serve approximately 50 percent of children in the county foster system.

As the need for services increases, Passaic County CASA is not able to provide an advocate for every child in the system, which amounts to approximately 525 children.

Which is why it runs a fundraising campaign in observance of National Child Abuse Prevention Month (April) and National Foster Care Month (May) to help raise the money to serve every single child in the foster care system.

For every $1 donated to CASA, the community will see $10 in taxpayer savings.

Passaic County CASA currently is running a matching fundraising drive thanks to a generous donation from the Pamela and Craig Goldman Foundation, which pledged to match, dollar for dollar, all donations up to $150,000 between now and May 31.

This money will help the organization continue to expand its volunteer capacity to serve two-thirds of the county’s foster children by fall 2020 and eventually to serve all children in the Passaic County foster care system.

Recently, as a result of the opioid crisis, there has been an increase in children coming to the attention of the child welfare system due to parents who are addicted to opiates or other substances. More alarmingly, there has been an increase in newborn babies entering foster care directly from the hospital. More than half of the children in foster care in Passaic County are affected by the opioid crisis. If this epidemic continues to worsen, the number of children in the foster care system could climb to a record high.