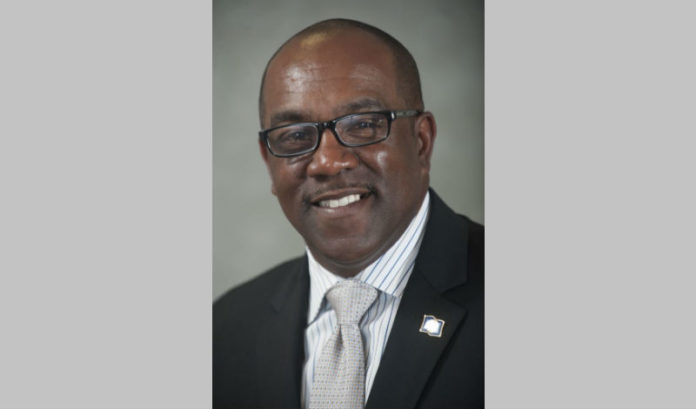 I meet a lot of young people everyday who are looking for somewhere that they can give an honest day’s work. Many of them come to me as students of a pre-apprenticeship program at the American Community Partnership in Camden where I teach carpentry and serve on the apprentice committee for Carpenters Union Local 1578. Others are introduced through the County One-Stop and Workforce Investment Board, which finds jobs for residents throughout Camden County, and which I oversee as an elected official.

In short, I see as many ready-to-work residents as perhaps any other official in the City of Camden. That’s why I am, and have been prior to my time in elected office, singularly focused on finding Camden residents jobs. To me, there is nothing better than seeing someone like Emerson Hill, a Centerville resident, become a carpenter or learn a trade of their own. I met Emerson when he joined my pre-apprenticeship program. He has since worked on some of the Camden’s largest projects and instead of floating from job to job he now has a career as a carpenter.

Recruiting residents into the trades has always been my mission. In 2016, a letter was placed on the door of every household in Camden, in Spanish and English, to make them aware of the Camden Construction Careers Initiative, a program that trained more than 50 residents in construction trades, and helped them find stable, well-paying, union jobs. These new members joined 386 other residents that worked, or are working, on the nearly $2.5 billion of public/private construction that has taken place over the last six years.

In 2018 alone, the Camden County One-Stop placed 795 Camden residents into employment in a variety of jobs. To date, approximately 850 Camden residents have been directly hired at companies that utilized state-incentive programs to relocate to the City. This, at a time when Camden’s unemployment rate is hovering around a 28-year low, is a phenomenal success in what is only the first stage of the City’s renaissance.

And again, this is just the start of a litany of efforts to place Camden residents in jobs created by Eds and Meds institutions and other Camden businesses. The list goes on and on, with other initiatives like the medical coding program which guarantees graduates jobs at Cooper University Hospital upon graduation, and the initiative launched in 2015 to train Camden-area high school seniors as medical assistants tuition-free. Those graduates are also guaranteed employment at participating hospitals in Camden that include Our Lady of Lourdes Medical Center, Virtua Family Health Center, and Cooper University Healthcare.

Furthermore, incredible educators like Patrick Moore are ensuring that Camden residents can provide skilled labor to the City’s newest businesses. Patrick walks into Subaru University every day in the Respond Inc. automotive shop in North Camden to teach the next generation of automotive technicians for Subaru and the other car manufacturers and dealers. This program, started with a $250,000 grant from Subaru, and turned out more than 25 new automotive technicians since 2017.

Principals in the city’s business community deserve the spotlight as well. EMR Eastern LLC CEO, Joe Balzano Jr., is a man that I know is committed to hiring as many Camden residents as possible. When I visited Joe’s new auto assembly line in South Camden last year I met Ladeen Hornsby who lives in the Parkside neighborhood. Ladeen is one of more than 250 new Camden hires at the EMR facility that are members of the Teamsters union.  In total more than 50 percent of Joe’s total manufacturing workforce resides in the city.

Nevertheless, this is incremental progress that is growing day by and day. We can do more and we can do better, but let’s remember there are institutions in the city that have dedicated a significant amount of equity into hiring, workforce development and making the employment match.

Despite the narrative preferred by those who don’t wish to see the revitalization taking place in Camden, there has already been tremendous progress in terms of improved public health, reduction in poverty and overall socioeconomic conditions in the City.

When today’s children graduate from high school, they’ll enter a labor pool in Camden that benefits from higher wages, increased benefits, and better stability, than their parents, thanks to the work of organizations and businesses that are make a generational commitment to the City of Camden.

As a leader in Camden County and the City of Camden, my focus remains, as does the focus of all of Camden’s elected and non-elected leaders, on connecting governmental agencies, not-for-profits and community groups, and private businesses to ensure that the opportunities created in the City are first and foremost to the benefit of its residents. That has been our focus since 2013, and it will continue to be our focus until Camden is no longer rising- but has risen.