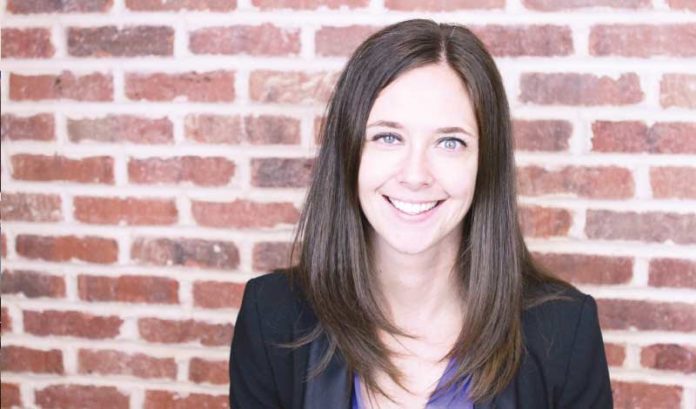 As CEO of Enovate Engineering, Áine O’ Dwyer said there currently is a plethora of construction work for her to explore in the tri-state area.

And she wants to approach it all with entirely new ideas and perspectives.

“A lot of firms in the industry are set in their ways, but we’ve broken through that barrier,” O’ Dwyer said. “If there is a better, more efficient way of doing something, well, then, let’s explore that now. Why set things up in a way that is primarily outdated?”

O’ Dwyer is one of the youngest CEOs in her industry, having yet to reach the age of 40.

But, after hailing from her family’s dairy farm in Ireland and then owning her own multimillion-dollar construction management and engineering firm in Cranford, she has now doubled the size of her business in just a little more than a year.

“It is my family back home and those Irish country fields that taught me about the hard work and perseverance that was necessary for my career,” O’ Dwyer said.

O’ Dwyer attended the only technical high school in her village, she said, having grown up in County Tipperary in Ireland.

It was there that she was exposed to opportunities in STEM and competitive sports — both of which brought her to the U.S., where she played Division I basketball and soccer and earned both her bachelor’s and master’s degrees in civil and environmental engineering from New Jersey Institute of Technology.

“I don’t miss the 5 a.m. practices, but competitive sports did actually prepare me for work in the construction field,” O’ Dwyer said.

O’ Dwyer accepted an internship and a follow-up job offer with The Conti Group in 2008, working for nearly a decade on various large-scale construction and engineering projects.

“I started out as a field engineer and, over the years, worked my way up the corporate ladder to become a project engineer, project manager, superintendent and, finally, vice president of engineering,” she said. “I learned my biggest lessons from some of the most difficult and technically complex projects that I worked on, projects that took me out of my comfort zone and forced me to figure things out that I was not previously aware of.”

In March 2017, The Conti Group created another company, Conti Professional Services, and made O’ Dwyer its CEO.

“When you work with teams and many different personalities, you have to be able to navigate through that,” she said. “How do you motivate everyone? It usually is not just in one way.”

Then, in December 2017, O’ Dwyer said she took ownership of the company.

“I approached The Conti Group and said that I wanted to have more than emotional ownership in the company, as it was a company I had run from the ground up,” she said. “I wanted to put it to paper.”

Her employer’s response was unusually favorable, she said.

“Professional services was a tiny piece of such a large firm and I had developed enough of a rapport and professional relationship with my employer that we were able to negotiate,” O’ Dwyer said.

O’ Dwyer rebranded and relocated as Enovate Engineering in Cranford after buying out and spinning away from The Conti Group in Edison.

“We were starting all over again,” she said. “And there were already a lot of construction management and engineering firms out there — so how would we separate ourselves?”

By becoming a technology-focused innovative solutions provider in the industry, O’ Dwyer added.

Today, Enovate Engineering performs construction management services and has a research and technology division to address solutions that don’t currently exist for problems experienced out in the field.

“For example, we do a lot of geostructural monitoring, where a construction project in New York City might be going on next to a historic building, and, with real estate being so expensive and there being concerns over lawsuits, we monitor the building for things such as too much vibration or cracking,” O’ Dwyer said. “We also develop some of our own hardware and software to autonomously monitor and make decisions and changes from our office, as opposed to always having to be out in the field.”

Enovate Engineering does all this with a gender-balanced team of 12.

“We strike a nice balance between being a small, nimble firm with big capabilities, made up of team members with mega-project experience,” O’ Dwyer said.

“Companies didn’t know us as a stand-alone firm, so we had to build up our qualifications,” she said.

But, now that projects of a much higher caliber are rolling in, with Enovate Engineering completing up to 40 projects annually,                     O’ Dwyer said she wants to continue to double the size of her team over the next couple of years.

“For example, we just finished up a project with the Empire State Building and also will be working on the New York Islanders arena at Belmont Park,” O’ Dwyer said. “I came from a company that worked on mega-projects. For example, the last project I worked on before I left was a $2.3 billion international project.

“I want to become a key decision maker for projects of that size again.”

Áine O’ Dwyer said she worked her way toward success as one of the youngest women in her field by aligning herself with the right company.

“I was lucky enough to be surrounded by managers and owners of a firm who gave me opportunities, regardless of my age or sex,” she said.

But there certainly were scenarios throughout her career in which O’ Dwyer faced “a lot of gray hair in the room,” she said.

“People may make some biased decisions based on appearance, but, at the end of the meeting, the people who have a seat at the table are those who speak up, present the most relevant discussion points and are able to drive decisions,” O’ Dwyer said. “So, usually by the end of a meeting, the concerns of key decision makers had been alleviated and they were convinced I knew what I was talking about.”

That is sound advice for woman working in male-dominated industries, O’ Dwyer added, with both the construction and engineering industries severely lacking when it comes to female representation.

“It has gotten a lot better at the entry- and mid-levels, but at the executive level, it is still much lower than it needs to be,” she said. “But, don’t be deterred by others’ first impressions. Just maintain your level of composure and when you are asked questions, answer confidently.

“That always has worked for me.”

To learn more about Enovate Engineering, email: solutions@enovateengineering.com, or call 908-363-5299.