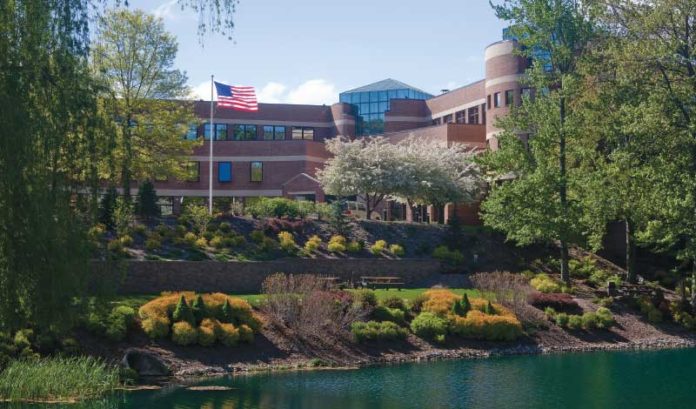 There are some large employers that haven’t yet been compelled to move by the magnetic force of major metropolitan areas.

Selective Insurance has stayed put in Sussex County’s Branchville for about 90 years.

“We laugh and say that, when our employees come into work every day, they double the population of Branchville,” said Chalina Acosta, vice president of operations for the property and casualty insurance company.

And she’s hardly telling a joke.

Of the company’s total 2,300 employees, more than 800 are based in Branchville. The small borough’s population is about even with that, according to recent census counts.

Although it may lack the public transit options of anywhere in the shadow of New York City, the insurance company’s large employee pool has the benefit of a reverse commute through Sussex County. The difference-maker for the young talent it’s bringing in, however, has more to do with flexible work arrangements.

“A lot of people at our company take advantage of the many opportunities here to work remotely,” Acosta said. “A lot of folks are primarily based out of their homes, so that mostly eliminates the commute.”

The company has done well enough for its employees that in a Forbes magazine survey of workers at large companies, Selective was recognized as one of the highest-ranking property and casualty insurance companies, earning it the designation among “America’s Best Mid-Size Employers.”

Acosta believes that’s owed to the opportunity for internal career advancement. That’s key for employees, regardless of which generational group they fall into.

That, as well as programs to help people pay back student loans as opposed to traditional tuition assistance, have made Branchville an unlikely destination for a lot of young individuals, many of whom never saw a future in the insurance industry for themselves.

“Not everyone wakes up in the morning and says, ‘Oh, the insurance industry is where I want to work,’” she said. “So, there’s a lot of what I’ll call campaigning involving our employees that go out and help people see what’s great about working in this industry.”