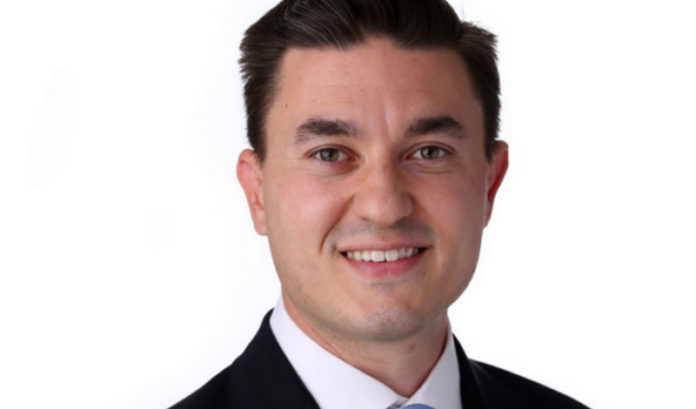 “I know where you were born!”

I find myself yelling that each time I see an Audi Q5 on the Garden State Parkway these days. Because I know the answer.

That birthplace is Puebla, Mexico. Better known for the May 5, 1862, defeat of the French Army that started the Cinco de Mayo tradition, Puebla is also home to a $1.3 billion manufacturing facility that employs 5,000 people and produces more than 500 Audi Q5s every day.

It was on the floor of this facility earlier this spring, as part of a recent bipartisan delegation hosted by the U.S.-Mexico Foundation, that I saw firsthand how interconnected the economies of the United States and Mexico are, and how much New Jersey stands to benefit from the pending U.S.-Mexico-Canada Agreement, or USMCA.

The Audis taking shape before our eyes, and the Volkswagens produced just down the road, are shipped all over the world, many of them entering the United States at ports in Newark, Bayonne and Elizabeth. These imports currently come to New Jersey at a lower price, thus expanding consumer choices. The same is true for the other Mexican products Americans purchase — from household appliances and medical equipment to tequila, avocados and baked goods.

This trade relationship is, of course, very good for Mexicans. The thousands employed by Audi, Volkswagen, and countless other international companies have helped stabilize the country’s economy and contributed to a sizeable middle class. Both immigration hawks and doves can find something to like in a more sustainable Mexican economy, which invariably relieves pressure at the U.S.-Mexico border.

At the same time, New Jersey exports nearly $2 billion worth of products to Mexico, plus another $7 billion worth of products to Canada. The two countries are New Jersey’s largest trading partners, accounting for nearly a third of our state’s total exports. Mexico, Canada and another 200 countries purchase a range of New Jersey products — from the chemicals developed in laboratories in Princeton and Bridgewater to the aerospace technology manufactured in Edison and Parsippany. Exports alone account for 6.8% of our state’s GDP.

Trade is wired throughout New Jersey’s economy — we are the 13th-biggest exporter by total dollar value and in the Top 10 for fastest-growing export states — which makes us a critical stakeholder in the current trade debate.

Manipulation of the U.S.-Mexico trade relationship through tariffs starting at 5 percent and possibly growing to 25 percent will, of course, increase the price New Jerseyans pay for an Audi in Paramus or an avocado in Asbury Park — to say nothing of the inevitable retaliation on the products New Jersey exports to Mexico.

The extent to which this government intervention would influence consumer behavior is hard to measure, in part because the size, scope and time horizon for tariffs have been uncertain as of late.

New Jersey’s elected representatives will criticize these tariffs, but they should go a step further and affirmatively support a solution. The USMCA, which the leaders of the United States, Mexico and Canada signed in November 2018, needs a vote in Congress.

Swift passage of this agreement would not only safeguard the 1 million New Jersey jobs directly or indirectly supported by trade, but also bring key elements of NAFTA into the 21st century, particularly around the digital economy and worker and environmental protections.

The USMCA ensures that more parts of automobiles originate in the United States, Mexico or Canada; it opens Canadian dairy markets to the United States; and it strengthens intellectual property and copyright protections for technologies that didn’t exist at the time of NAFTA.

The USMCA’s greatest strength is, however, what it preserves about NAFTA: abundant, affordable choices for American consumers and the ability for places like New Jersey to confidently pursue foreign markets for our products and services.

Opening new markets to trade has worked before. Since NAFTA became law in 1994, New Jersey’s exports to Mexico alone increased by more than 400 percent. Now is the time to reaffirm one of the world’s largest and most successful trading relationships.

The USMCA will provide a critical and very significant boost to the economies in the United States, Mexico, and Canada — and it will remind us all that trade, with its natural ebbs and flows, is an inevitable and powerful force for good.

Michael Inganamort is a partner at ASG Advisors and Republican councilman in Chester Township.