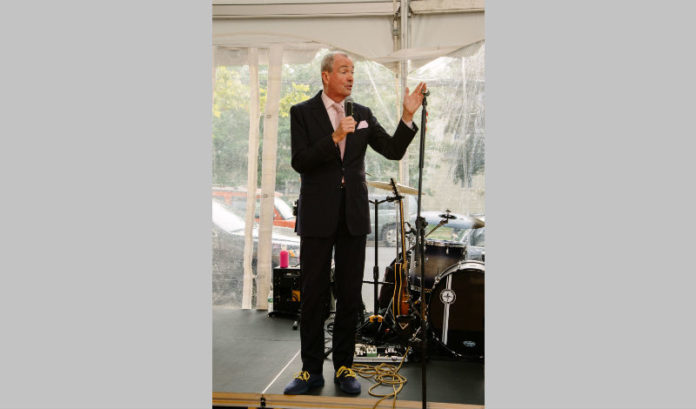 Denholtz Properties celebrated the brand opening of its new office in Red Bank, it announced Friday.

The firm’s new, 12,080-square-foot office, which will be home to more than 60 employees, will be located at 116 Chestnut St. It is located within steps from the Red Bank New Jersey Transit train station, Denholtz said.

The event had more than 400 people in attendance, including Gov. Phil Murphy, Red Bank Mayor Pasquale Menna, local dignitaries and members of the local community.

The company, formerly known as Denholtz Associates, announced last week its rebrand to Denholtz Properties. Denholtz said the next phase in its 65-year history will include investing in emerging markets, like Central Jersey and Florida, with an emphasis on industrial, office, retail and residential developments in transit-oriented hubs.

“Our new identity as Denholtz Properties will be defined by our ability to enhance the communities in which we work as we strive to create spaces that people are proud to call home, workspaces that drive local economic growth, and buildings that serve as important landmarks for local communities,” Steven Denholtz, CEO of Denholtz, said. “We believe these goals align well with the priorities of the Murphy administration and Mayor Menna’s efforts in Red Bank. Their presence at our grand opening event means a tremendous amount to our entire team as we embark on this exciting next chapter in our firm’s history.”